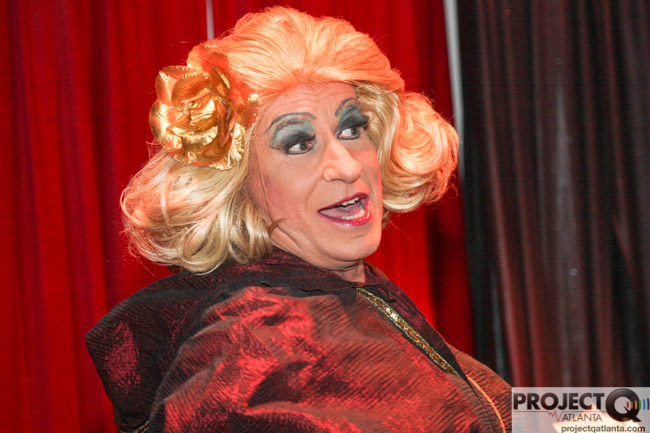 Club queens and nightlife fans of a certain age in gay Atlanta fondly remember the Armory and they gathered on Sunday with the Armorettes for a reunion celebration.

The annual event at Amsterdam celebrates the time when the Armory shared a parking lot with Backstreet and gay Atlanta nightlife carried on into the morning. The Armory closed in 2004 and its home was demolished in 2013 to make way for the Viewpoint high-rise. The bar gave birth to the Armorettes in 1979 and the drag troupe recently celebrated their 38th anniversary.

Reunion organizer Jimmy Sugarbaker said the event raised $1,388, which will be distributed by the Armorettes to HIV charities. And since we’re reminiscing, enjoy photos from the reunion party last year, 2015 and 2014.