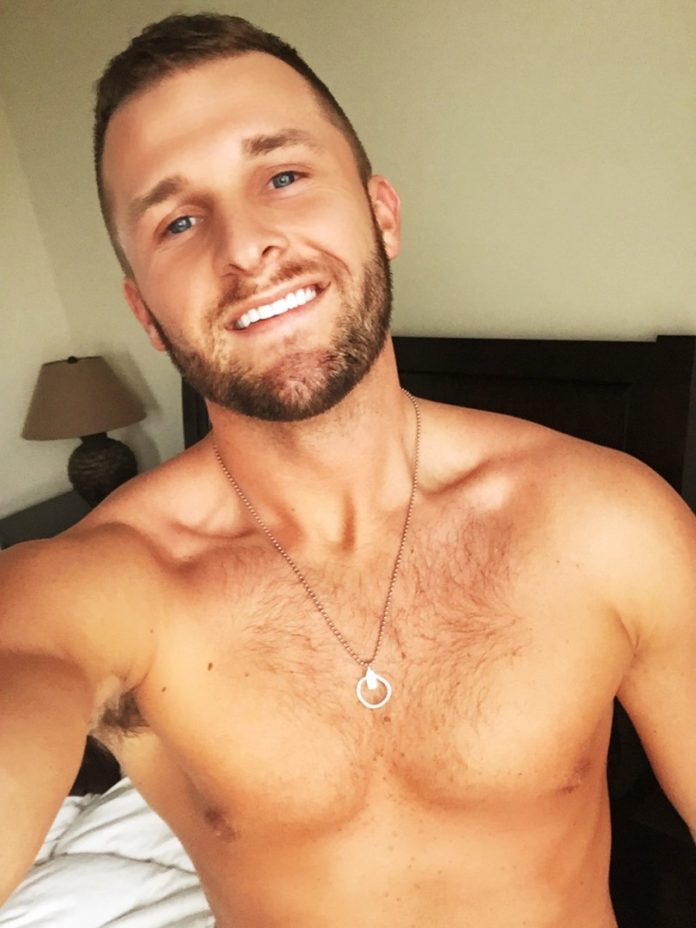 The superintendent of Pickens County schools has suspended his decision to allow transgender students to use the bathrooms that match their gender identity.

Superintendent Carlton Wilson announced the decision during a contentious three-hour public meeting that drew 700 people to the Pickens County High auditorium on Monday. The school is about an hour north of Atlanta.

Wilson said that the uproar has “torn our county apart.”

The controversy began when Wilson (photo) announced on Oct. 11 that the school system would allow an unidentified trans student to use the bathroom with which they identify.

“We’ve had several transgender students in our school system for the past several years,” he said. “Until now, we’ve been able to work out plans where the students were permitted to use staff restrooms.”

Wilson apologized on Monday for citing an 11th Circuit Court decision in Florida that hadn’t occurred yet. A district court ruled in favor of a trans high school student in Jacksonville, Fla., in that case in July 2018, but the 11th Circuit won’t hear the case until December.

The trans student’s request in Pickens County led officials to consult attorneys, according to Wilson.

“The legal advice that I was given is that I need to follow the federal court cases across the country, especially the one in Florida,” he said. “This type of case could cost our county hundreds of thousands of dollars, if not millions.”

Wilson said he is putting the decision on hold until he can discuss it further with the county school board. He’s also consulting with architects and contractors about converting all county schools’ bathrooms to single-use bathrooms.

Wilson also said he asked Attorney General Chris Carr to make a decision on the issue of trans students’ access to bathrooms that match their gender identity.

“I don’t believe that it should be just Pickens County that has to pay for litigation issues for something that affects the entire state of Georgia,” he said.

'God made them male and female'

A number of parents of Pickens County students expressed outrage about the issue at Monday’s meeting.

“This is nothing more than a political stunt to gain attention,” said Nathan Barfield, who said he has two children in Pickens County schools. “If I have to use a bathroom, I will use whichever one is closest, I don’t go trying to find one that will make people let me use. I don’t care about what some court in some distant far off place says about our school.”

The policy goes beyond bathrooms, according to speaker Tony Davis (photo).

“It’s the showers, the locker rooms, the football fields,” he said. “Every child in this district, when they walk into one of these areas, they have an expectation of privacy from the opposite sex. You took that away from them.”

Allowing trans students to use the bathrooms that match their gender identity will open the school up to other unnamed requests, according to Pickens County parent Rusty Perkins.

“I believe we should offer equal rights for every human being, but even equal rights has boundaries,” he said. “I assure you that if you give them everything they want, there’s going to be somebody come along that wants some more.”

“Bottom line is it’s God’s word,” said Pickens County parent Sandy Bartlett. “God made them male and female. And I think as people, as humans, as adults we have to be careful about our words, even around our own children.”

Converting the bathrooms to single-use is “a waste of taxpayer dollars,” according to Joshua Johns.

But some speakers were in favor of the policy, including Jordan Stewart, a 2017 Pickens High School graduate who came out as gay during his junior year.

“A trans woman is a woman. A trans man is a man,” he said. “So when you say that you think there’s going to be a man walking into the bathroom with a woman, that’s not the case.”

“They’re just trying to go to the bathroom and do their business and get in and get out — nothing more, nothing less,” he added.

Controversy erupted in May 2016 when President Obama proposed guidelines calling for schools to allow trans student to use bathrooms that match their gender identity. The announcement sent shockwaves through Fannin County in North Georgia. A crowd of hundreds cheered on speakers who called LGBTQ people “perverts” and “pedophiles” during a community meeting at Fannin County High School that year.

Then-Attorney General Sam Olens joined on to a lawsuit against the policy. President Trump later rescinded the guidelines.