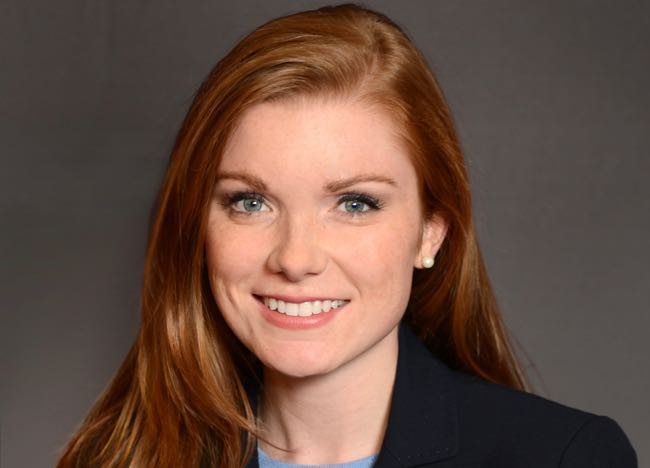 State Rep. Meagan Hanson – a Republican from Brookhaven – will introduce an LGBT-inclusive hate crimes bill and attempt to pass a measure that has failed repeatedly to gain traction in past years.

But Hanson (photo) – and some LGBT activists – hope this year might be different.

The first-term lawmaker is expected to formally unveil the legislation during a press conference Wednesday at the State Capitol. Lawmakers open their annual session on Monday.

Hanson told Reporter Newspapers that her bill will include protections for sexual orientation and gender identity.

The proposed law would add enhanced punishments for crimes committed against protected classes of people based on race, religion, national origin, sexual orientation, gender, gender identity, mental disability and physical disability, Hanson said. Those are the same classes protected under the federal hate crimes law passed in 2010, she said. The final bill is still being tweaked, she said, and complete details are not yet available.

During her press conference Wednesday, Hanson was joined by Rep. Wendell Willard, the powerful GOP chair of the House Judiciary Commitee,and GBI Director Vernon Keenan. Her legislation is also supported by the Anti-Defamation League and the Coalition for a Hate-Free Georgia. Coalition members include LGBT organizations Georgia Equality, Sojourn and Stonewall Bar Association of Georgia; the NAACP and several faith groups.

Rep. Keisha Waites, an LGBT lawmaker who resigned her seat last year, introduced a hate crimes measure during the 2017 legislation session. House Bill 492 would increase penalties for crimes committed against someone, “because of such individual's actual or perceived race, color, religion, national origin, gender, sexual orientation, gender identity, or disability.”

The legislation, like similar efforts in past years, did not gain traction in a Republican-controlled Gold Dome.

But this year could be different, Jeff Graham – Georgia Equality's executive director – told the Georgia Voice.

“We have found from our colleagues at the Anti-Defamation League that there is Republican interest in a hate crimes bill,” Graham said. “Hate crimes bills have been introduced every year since the state Supreme Court declared the earlier version unconstitutional, but there’s not been enough interest from a Republican in either chamber to advance a bill forward. 2018 may be a little different for that.”

Graham told the Georgia Voice that the legislation would help police departments across the state accurately report hate crimes.

Georgia is one of five states without a hate crime law.

Former Sen. Vincent Fort, who sponsored the original legislation, later tried and failed to pass another hate crime measure in 2007. Fort joined with Sen. Nan Orrock and then-Sen. Kasim Reed to propose the bill on the 10th anniversary of the Otherside bombing. The Midtown gay bar was bombed by Eric Robert Rudolph on Feb. 21, 1997.

In 2016, Hanson came under fire during her campaign when transphobic tweets she made years earlier were discovered.