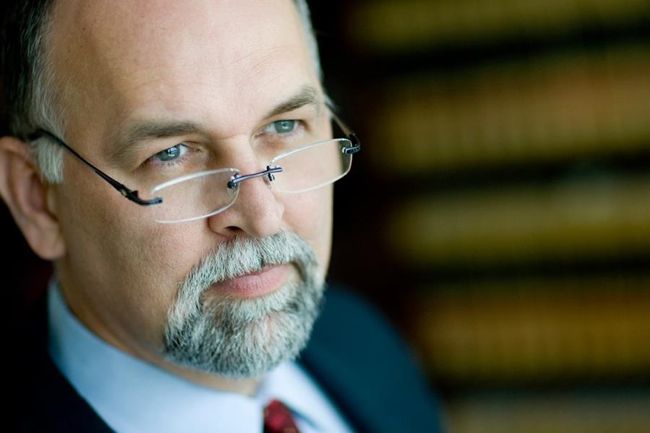 The lone Republican in the U.S. Senate race in Georgia who backs gay marriage says he supports a new lawsuit challenging the state's ban on it and argued against top officials from spending money to defend it.

In a GOP primary that is a sprint to the anti-gay right, it's another refreshing move from Art Gardner. The "consistent conservative" has already made clear his support of same-sex marriage, a position that puts him at odds with his Republican opponents and even the likely Democratic nominee, Michelle Nunn.

On Wednesday, he issued a brief statement standing with the seven gay Georgians who filed a federal lawsuit this week seeking to overturn the state's ban on gay marriage. Which again puts him at odds with Republican opponents, Nunn and these bitter conservatives.

I support marriage equality and I call on all liberty-minded Republicans to join me in supporting this suit. I also call on Attorney General Sam Olens, a fellow Republican, to not fight the suit, but to allow the plaintiffs to obtain a favorable judgment directly.

My rationale is that the State is very likely to lose this suit and it is a waste of taxpayer money to fight it. In this time of tight budgets, the State can better use that money for other purposes. I am a fiscal conservative, what some might call a budget hawk, and throwing hard-earned tax dollars away on fighting this suit is unwise.

Moreover, it is also time for the State of Georgia and the Republican Party to get ahead of this issue. We (the GOP) are the original civil rights party, the Party of Lincoln, the party that strongly supported the Civil Rights Act and the Voting Rights Act. This suit presents our party with a golden opportunity to steer a bold new course, one that will set the State of Georgia and the Georgia GOP on an upward path. I call on my fellow members of the GOP to join me in supporting the suit and urging the Attorney General to not fight it.

Olens said Tuesday that he will fight the lawsuit.