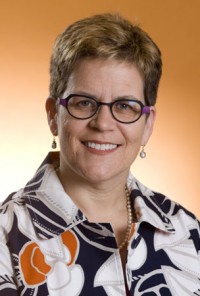 Mayor Kasim Reed on Monday added two more longtime community activists and lesbians to a handful of committees aiding his transition and search for key officials in his six-week-old administration.

The two appointees bring to a total of five the number of LGBT members of either Reed’s transition committee or the five search committees working to help the mayor hire police and fire chiefs, city attorney, public works commissioner and chief financial officer.

Reed announced that Cathy Woolard (top photo), a former City Council president and longtime LGBT activist, will chair the search for a public works commissioner. Joan Garner (bottom photo), a lesbian and community activist, will also serve on the committee.

“This is probably the most inclusive and broadest network of people the city has ever experienced in terms of getting input,” says Lisa Borders, a gay-friendly former mayoral candidate and City Council president who is co-chair of Reed’s transition. “If you look at the individual people, they represent very diverse backgrounds, perspectives, and skill sets. When you see two folks from the LGBT community just in these alone, it’s like wow. There was a very deliberate effort to make sure we touched every community as best we could.”

Woolard is an executive vice president for Atlanta-based CARE. In 1997, she unseated a longtime incumbent and won the District 6 seat on the City Council, making her the first openly gay elected official in Georgia. Woolard went on to become the first woman and openly gay City Council President in 2002.

Garner is a former executive director of Southern Partners Fund and currently serves as president of Garner Results, a consulting firm focusing on philanthropic and grant writing activities. She was an early organizer of the Human Rights Campaign in Atlanta and was appointed by Mayor Maynard Jackson as his senior adviser on gay and lesbian issues.

Last week, Reed tapped three other high-profile LGBT Atlanta residents and several gay-friendly people to help his transition team and aid his search for the city’s next top cop and fire chief. Political consultant Beth Schapiro will serve on the transition team, while Keyser and Rafshoon join the search committee for police chief.