Reed: Ready to get my Pride on [video & photos] 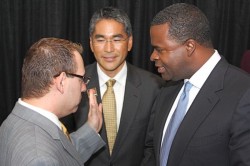 Mayor Kasim Reed hosted his first Gay Pride Reception atop the roof of City Hall on Monday, pledging to continue the “full partnership” he wants to enjoy with the city’s LGBT residents.

The event included officials with Atlanta Pride and several other LGBT organizations, several elected officials – including gay Atlanta City Council member Alex Wan, state Rep. Simone Bell and Fulton County Commissioner-elect Joan Garner – and the two LGBT liaisons for the Atlanta Police Department. The reception marked the first for Reed, who took office in January and will take part in his first Atlanta Pride this weekend as mayor.

Reed said that his inclusive administration – two of eight of his senior officials are openly gay — shows that he wants a “full partnership” with the city’s gay and lesbian population. The pledge was similar to one he made in interviews with gay media outlets earlier this year. 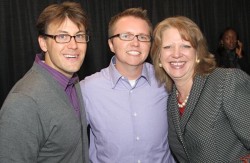 “When big decisions are made in the City of Atlanta, we don’t have to reach out because gay and lesbian people are already in the room and that is as it should be because that is who Atlanta is,” Reed said.

The reception on Monday came the same day that the City Council, led by Wan, presented a proclamation to Pride officials celebrating 40 years of the annual event. The reception is one of several Pride-related events Reed is scheduled to attend. The mayor is slated to take part in the VIP reception during the Official Atlanta Pride Kickoff Party on Friday, where he is scheduled to present Pride officials with the Phoenix Award, one of the city’s highest honors. Reed will also walk through the festivities in Piedmont Park during the weekend and march in the parade on Sunday.

“I’m ready to get my Pride on the rest of the week. I have a robust Pride schedule. I plan on dancing and celebrating and enjoying the parade and all of the festivities. Please leave here today knowing that you are welcome in the City of Atlanta,” Reed said. 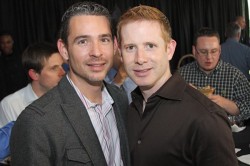 The mayor, who faces continued criticism over the Atlanta Police Department’s troubled relationship with gay residents, pointed to the agency’s two LGBT liaisons – Officers Patricia Powell and Brian Sharp, who were on hand during the reception Monday – as evidence that his administration is working to improve the department’s handling of gay and lesbian issues.

“We are working very hard with the City of Atlanta Police Department to change the culture of that department so that it is very clear that there will be no tolerance — no tolerance — for aggressive behavior towards members of a community that is very important to me,” Reed said.