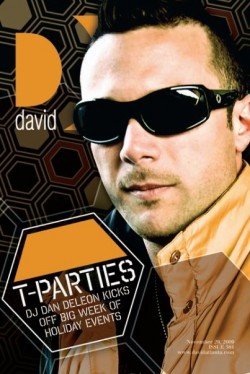 The abrupt shuttering of David magazine came so quickly this week that the next issue of the nightlife magazine was produced but never printed. But the lost issue has emerged online.

David was among five gay publications in three cities that closed Monday when owners Window Media and Unite Media collapsed over the weekend and headed to liquidation.

Staffers at David had already put their Nov. 19 issue to bed, meaning it was produced and ready to print in advance of hitting the street Thursday. As we now know, it never made it.

But former employees recovered the files on Wednesday when the company allowed them back into the office to remove their personal belongings. And they posted them to David’s Facebook page, allowing a look at the lost issue of the magazine.

It’s covered with DJ Dan Deleon and previews the traditionally busy gay party week of Thanksgiving. Also included is a feature on Mark Jackson and Tom Schloeder, the owners of Brushstrokes who celebrate the store’s 20th anniversary next month.

Photos from Woofs, BJ Roosters and Burkhart’s are there, too, along with the mag’s regular stable of columns and our longtime favorite, Bitch Session.