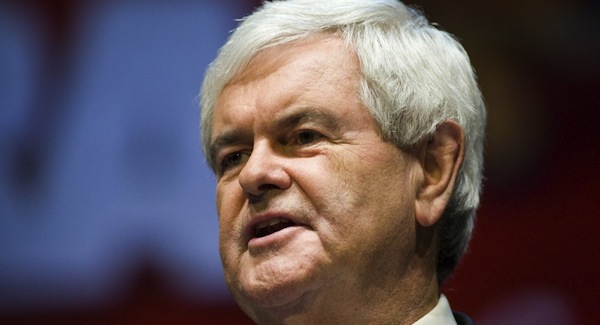 The professor of Anti-Gay Extremism 101 is going to take Georgia on Tuesday by storm. For some gay voters, he’s sort of like that case of gonorrhea you thought you treated but turns out, you just can’t shake.

The latest poll puts Gingrich (photo) at 47 percent with Mitt Romney at 24 percent. Rick Santorum squeezes out 19 percent. Sorry, ladies who have a boner for Santorum. Your bus tour is too late. With support for hometown flame-throwing anti-gay Gingrich so high, it’s little wonder LGBT activists can’t shake loose a pro-gay bill at the State Capitol.

But maybe there’s a modicum of hope for gay voters. GOP voters inside the city limits of Atlanta are passing over Gingrich and Santorum – the most vocal of the anti-gay Republican presidential candidates – for Romney.