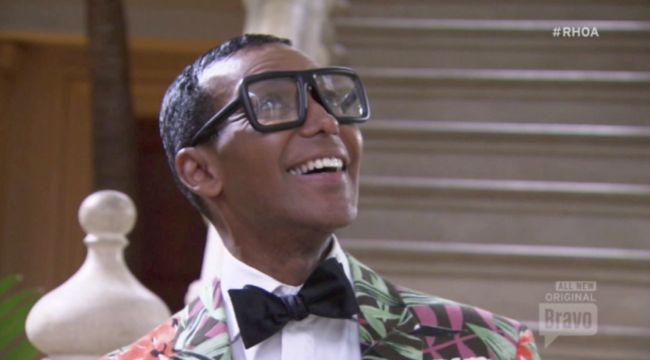 Original queen Dwight Eubanks of "The Real Housewives of Atlanta" likes to show off his red Mercedes but the sassy stylist keeps getting behind the wheel when he shouldn't. Which put him in jail. Again.

Eubanks returned to Bravo's hit show this season, driving his coupe during an episode earlier this season that also highlighted his attempt to bring floral print back. But DeKalb police were not amused by either during a Feb. 28 traffic stop, according to Straight From the A.

He was arrested yet again for similar charges ie ‘no driver’s license’ but this time he apparently had an old license on him, which he had to surrender to authorities.

Eubanks, 52, was released the same day on $710 bond. It's not the first time he's been pinched for a lack of driver's license. In December 2011, Atlanta police arrested him for driving on a suspended license. He was stopped not long after appearing at a CNN Dialogues event on LGBT issues at Grady High School.

And that sweet Mercedes? It's been repo'd.