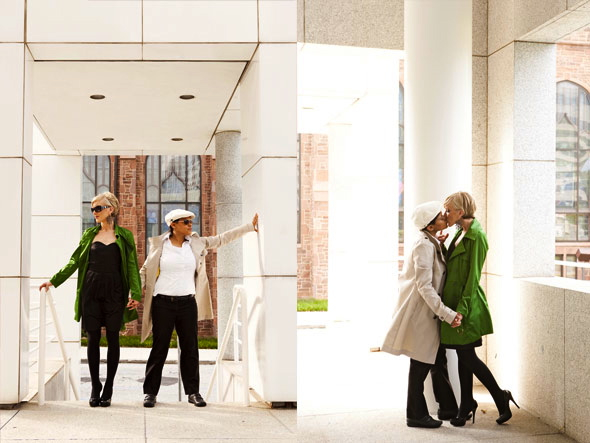 We have to admit, those “Gayest Cities in America” lists like the laughable one from the Advocate and a voter-based list by Gay Cities did indeed beg the question, as AutoStraddle recently asked, “What about the Most Lesbionic Cities?” Yup, Atlanta made the list.

Just for the ladies, the lesbian media outlet named its “Top 21 Most Lesbianish Cities in the U.S.” last week, and Atlanta ranks No. 16 behind some usual-suspect metropolises like L.A. and New York as well as some less expected burghs like Ann Arbor, Mich., which came in at the top spot.

While the staff acknowledges that their analysis isn’t perfect, they do attempt, unlike the Advocate, some actual pertinent stats while remaining tongue-in-cheek and a little pre-emptive about actual residents of cities on the Advocate list who shot holes in its methods and facts.

A lot of our readers wanted to know where they could meet other readers, so we gathered a bunch of data – including our site’s statistics – to put together this fantastic list which undoubtedly every soul on the planet will agree with 100%.

The Advocate’s criteria this year included things like Veronicas concerts and Nude Yoga classes and somehow Grand Rapids made the Top Ten. This might be slightly more accurate than that. …

This isn’t a perfect system, so be sure to respond with as much outrage and passion as possible regarding whether or not your city is on this list in the comments!

They’re correct. The AutoStraddle listing for Atlanta isn’t spot on. It ignores Charis Books & More even though it claims lesbian-feminist bookstores were among its criteria and an old Project Q Atlanta link to mention Outwrite as still hanging on by a thread. In their defense, the article was published two days before the store’s ultimate demise, when its fate was still a moving target. It also didn’t note the closing of one of Atlanta’s lesbian bars, Bellissima.

It’s the capital of the Homosexual South, but some report it’s much more gay-boy friendly than it is gay-girl friendly. Regardless, Atlanta’s lesbian community is mega-diverse, My Sister’s Room is consistently recognized as being one of the best lesbian bars in the country and the famous Outwrite Bookstore still exists (well, kinda). Nearby Decatur is commonly known as “Dykecatur,” which sounds like a lesbian dinosaur.

For what it’s worth, take the rank and file it with Atlanta’s other honors like Butchest Cities and Rudest Cities. AutoStraddle also factored in stats from the pretty well respected Daily Beast’s America’s Top 20 Gayest Cities list. Atlanta didn’t make that cut.

Photo via AutoStraddle by MossandIssaac.com