Rally! How we love a good Midtown protest 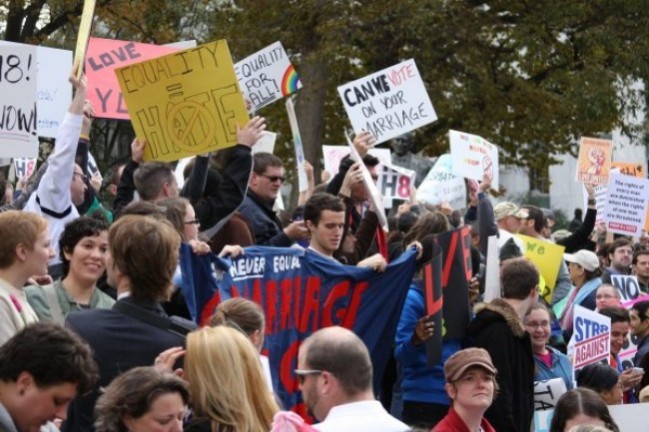 Oh, how some Atlanta gays love a Midtown protest. With a California judge expected to announce his Prop. 8 decision within hours, LGBT do-gooders are making plans for a 6:30 p.m. rally.

The Queer Justice League of Atlanta — it’s real-life activists, not gay cartoon characters — wants you and your same-sex marriage supporting self at the intersection of gay and gay in Midtown to celebrate a win from the progressive jurist or jeer his gay marriage hating ways. Either way, same-sex marriage will remain illegal and unconstitutional in Georgia.

The U.S. District Court for the Northern District of California has announced it will release its verdict in Perry v. Schwarzenegger, today. The decision will decide the constitutionality of the state’s 2008 ballot amendment Proposition 8 which overturned an existing California Supreme Court decision to legalize same-sex marriage.

The Queer Justice League of Atlanta invites the Atlanta Lesbian, Gay, Bisexual and Transgender (LGBT) community and allies to join them at a rally on the corner of 10th and Piedmont at 6:30. While the verdict is currently unknown, Jeff Schade, of the Queer Justice League stated “It is important for our community to gather in the wake of this historic ruling. Whether Proposition 8 is overturned, and we have cause to celebrate, or withheld, giving us cause to protest, our fight for full equality under the law will continue.”

The Queer Justice League of Atlanta is an independent group of LGBT-rights activists committed to pressing for social justice and full equality under Local, State and Federal law.

Gay Atlantans rallied last November on the first-anniversary of California voters approving Prop. 8. They protested when it passed, too. Twice — once with candles in Midtown and again at the Gold Dome.

The Queer Justice League is also rallying on Saturday in a joint event with Georgia Equality and MEGA Family Project.