Rallies in Atlanta set for Saturday 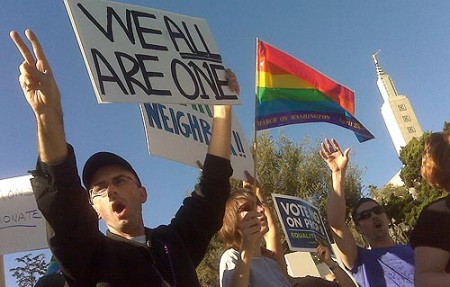 It’s been four years since gay marriage was a contentious issue in Georgia, but the hot button affair becomes front and center again on Saturday.

At least two events are planned in Atlanta as part of a national day of action through Join the Impact, a grassroots group that formed in the wake of the passage of Proposition 8, a ban on same-sex unions that California voters approved Nov. 4.

A rally is set for 1:30 p.m. at the State Capitol followed by a candlelight vigil at the intersection of 10th Street and Piedmont Avenue at 5 p.m. There is also an event in Athens at 1:30 p.m.

“Why can’t we all have a stake in this and do it all day long,” says Scott Touchstone, a business owner who is organizing the event at 5 p.m. “We are trying to make it as a day of gathering or a day of action. There should be multiple things going on in the city of Atlanta with the amount of gay people here. We think the more the merrier, that’s the way we feel.” 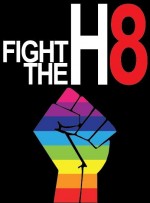 Paul Schappaugh, an IT consultant who is planning the event at the State Capitol, says momentum continues to build for both events.

“This is an exciting period,” Schappaugh says. “It looks like our apathy in our community is being shaken off. People are calling and asking what can we do? The injustice rally smacked all of us across the face.”

Events are planned in states across the U.S. on Saturday, according to Join the Impact, with many set to kick off at 1:30 p.m. EST. Nearly 21,000 people have confirmed their attendance at the events, according to its Facebook page. The day of action follows protests that broke out in a handful of California cities after Proposition 8 gained approval last week.

Sara Williford, a sophomore at Agnes Scott College, is organizing students on the Decatur campus to attend the events through a Facebook page. More than two-dozen people have said they will attend, she says.

“Prop. 8 has been a major source of discussion on my campus,” Williford says. “Even most of the conservative students that most people would expect to be against gay marriage have expressed their anger and disappointment.”

Lee Orton, a student at Georgia State University, says the debate over Proposition 8 prompted him to take action. Orton was involved in the initial planning of the downtown event, but then urged his supporters to attend the vigil at 5 p.m. and later, both events.

“I’m thinking that with this election, we finally have turned the taboo of never having a minority n office,” Orton says. “Hopefully, that will open a lot of doors for our community to be able to break down barriers and overturn things.”

Same-sex unions are now specifically banned in 30 states, with California, Florida and Arizona becoming the latest states to enact prohibitions last week. Voters in Georgia, which already defined marriage as a union between and man and a women, approved an amendment to the state constitution banning gay unions in 2004.

That’s not slowing activists behind the events on Saturday.

“In Georgia, we can stand in solidarity with out brothers and sisters and say yes, we can stop the hate,” Schappaugh says.

Georgia Equality urged its supporters to attend both events in an alert on Tuesday.

“Show the city, state and our country that you care about your civil rights and that you demand equality now,” the alert reads. “The more people that attend the greater the visual impact on television and we need to demonstrate the strength and power of our community. We need numbers and now is not the time to pretend you do not care.”

Go here for details about the events in Atlanta and Athens.