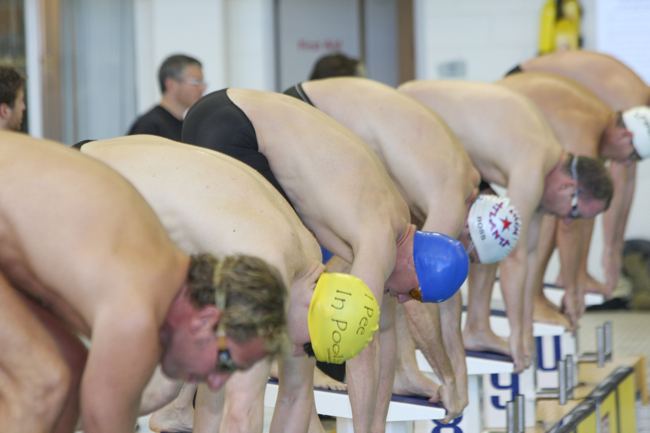 The gay swim squad Atlanta Rainbow Trout hung their rainbow-colored stockings by the pool on Sunday and hosted their annual holiday pool party of sorts – the St. Nick’s SCM Invitational.

If you’re not a swimming geek, let’s sum up the event like this: More than 100 swimmers from across metro Atlanta spend a chunk of their day competing against one another in the Georgia Tech Aquatic Center. The event has its lighter moments, too, when the competition pauses and the Reindeer Relay takes over with swimmers diving in with over-sized holiday ornaments in hand.

The annual event, though hosted by the gay Trout, also includes straight competitors. More than 145 people took part last year; some 170 people in 2009. 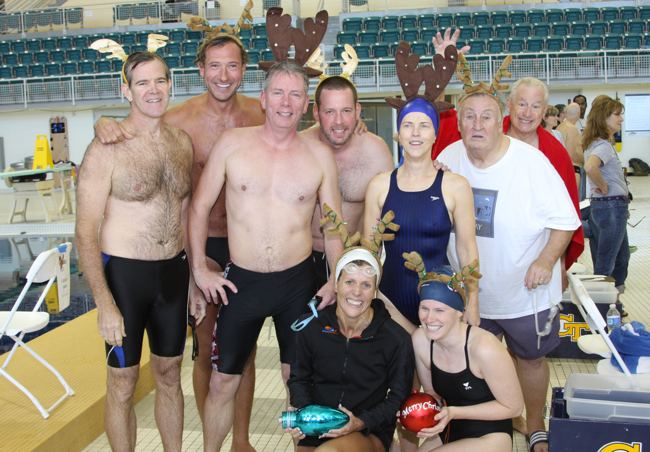