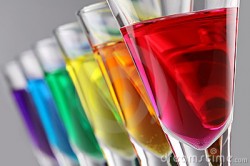 Chalk up one more win for the inexplicable hold of religious zealots over some state lawmakers in Georgia. Sunday sales is dead. For those who wanted to buy liquor, beer and wine on Sunday to wash down their regret over not getting anti-gay Chick-fil-A on Sunday, you’ll have to keep waiting.

Republicans in the state Senate buckled to Christian conservatives on Thursday and quashed Senate Bill 10, which would allow voters to decide if they want to OK Sunday sales. Not long ago, the measure was on a fast track for approval. Now, without even as much as a floor vote, the legislation appears dead. Even conservative GOP Lt. Gov. Casey Cagle seemed taken aback to the measure going down in a behind-closed-doors meeting.

For those keeping score – we are! – it boils down to this: Christian conservatives say it’s just fine for voters to have a say on gay marriage in Georgia – they did that in 2004 – but it’s not OK to allow voters to decide for their big selves if they want to buy alcohol seven days a week. Inexplicable indeed.