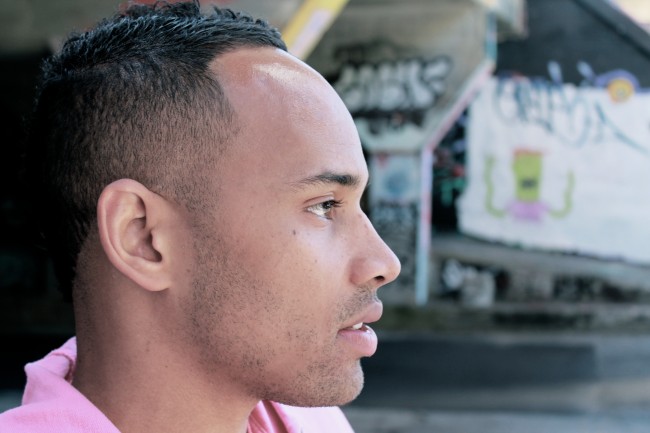 “It’s important to tackle and dismantle misconceptions, especially when it comes to music.”

A longtime lover of music, gay author Quentin Harrison has devoted part of his career and life to dismantling, tackling and clearing the bells of ambiguity in the music world. With a steadfast focus on female musicians of past and present, Harrison adds to his burgeoning Record Redux catalog with his latest book.

The local writer brings an extensive knowledge of all music genres as well as a zealous appreciation and passion for his work. His personal obsession is acutely evident as soon as he begins speaking about his chosen profession – a 14-book set penned to fine-tuning the impactful life stories of impactful, often misrepresented and overlooked, female artists.

“They are all women I love, women I am passionate about,” Harrison says. “These are women whose stories I have felt were not being told properly or even being told at all. I felt this series would be a wonderful way to shine light on all of these different women from different periods and hopefully, for the reader, interconnect the history behind each powerful woman.”

The series has already seen detailed accounts on The Spice Girls and Carly Simon, with a Donna Summer sibling edition getting its launch party this week. Each installment offers elaborate histories, detailed discographies and career timelines, all laced with Harrison’s personal reflections.

Harrison carefully selects each artist based on his fervent fandom, which began as an impressionable teen and continues into to his adulthood.

His first book debuted in 2016 as an ode to the goddesses of girl power in Record Redux: Spice Girls. Its timely launch came as the group celebrated its 20th anniversary.

“The Spice Girls’ catalogue has an array of depth, and their reach is incomparable,” Harrison says. “Despite what some may think, these women have a commitment to their artistry I feel is worth talking about.”

After Donna Summer, Madonna becomes the subject of book four, planned for release in August– just in time for the pop queen’s 60th birthday.

Each installment is filled with stunning photos, as well as graphics and illustrations by gay Atlanta artist Paul Wolski of AlterEgo Pop Art. Wolski also illustrates each book cover in his signature style. Together they deliver substantive information in a fun, light-hearted, and easy-to-read aesthetic.

“I grew up loving comic books and the style with which they were fashioned,” Harrison says. “With comics you can easily pick one up and get lost in the easy-to-read pages without necessarily having to start a series from the beginning, and that’s sort of the basis of my idea for Record Redux.

“I want music-loving readers to be able to find a deeper appreciation for each artist,” he says. “My masterplan is to allow readers to discover or get reacquainted with amazing music without the white noise of distracting tabloid gossip or a male-dominated industry obscuring the reader’s point of perception.”

The author defogs perceptions of Donna Summer in book three, which hit shelves in December. Campaigned as the first book of its kind on the singer, the book looks beyond the 1970s disco lens through which most fans typically view Summer to explore her expansive canon, including all 19 albums and more than 80 global singles.

“Her disco era was fantastic,” Harrison says. “However, I want people to walk away knowing she started in the primitive of European pop music. She helped open the door for the zeitgeist of globally produced music. She continued to make great record after great record. She was a woman of color who transcended racial lines and laid the groundwork for the lexicon of pop for which artists like Madonna and Kylie Minogue found influence. I want people to be excited to explore her work.”

His ultimate goal for each installment of Record Redux is to broaden minds.

“If I can make anyone think about each artist’s canon differently, specifically an even bigger way beyond what mainstream tells you to think, help them cut through that manufactured tape and really understand the true beauty of each female artists’ music, then I have been successful in what I set out to do.”