Queers move, shake their way to another ‘Best of Atlanta’ takeover 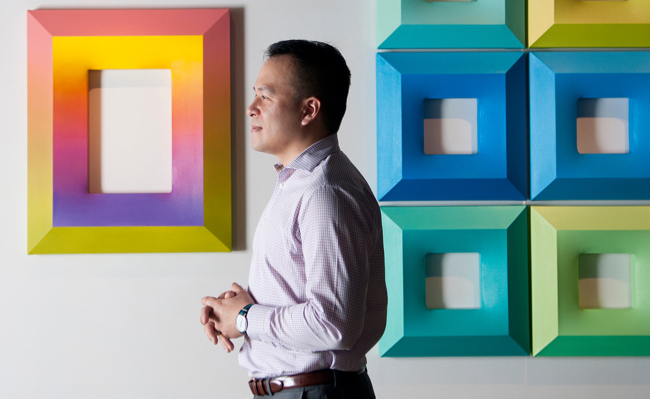 Swing a stick in the coolest corners of Atlanta, and you’ll necessarily hit a few gays along the way. But this year’s Best Of Atlanta issue of Creative Loafing takes the big gay cake. And decorates it. And devours it – in the streets and out on the town.

By now, we nearly expect Creative Loafing to be pretty damn gay on any given week. The Best of Atlanta lists in years past have always been LGBT inclusive, including queer props for Project Q.

Well, guess what? The paper's 2017 Best of Atlanta feels extra gay. Again. A few even got extensive featured listings and not just their name and/or photo.

Take gay comic and standup host with the most Ian Aber. The Q contributor and frequent resident of our weekly Best Gay Things to Do in Atlanta was named Best Comedic Mover & Shaker in the annual Poets, Artists and Madmen section of the issue. 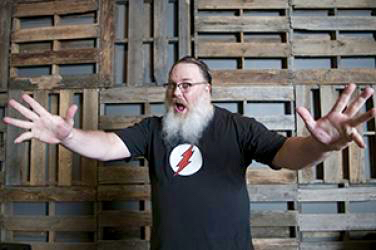 A good comedian can make any audience laugh and an even better comedian can create opportunities for others to make people laugh. All a comic needs is wits and a stage and Ian Aber has been building up stages left and right across Atlanta. Blink and the busy jokesmith will have a new show with a new, innovative angle.

Whether it’s an audience-swap experiment in a ballroom, an LGBTQ-themed variety show in a club, or a grilled-cheese-studded affair in an alt room, Aber is growing the comedy scene and growing his career in the process.

It’s not just the quantity of rooms Aber puts together that’s impressive, but the deliberate and thoughtful way he builds his lineups, seeking to lift up those who sometimes are not as visible in comedy. comedyian.com.

Attend an opening at Kai Lin Art, and you’ll be struck by the diversity of the folks in attendance: a congregation of all races, ages and levels of artistic expertise. That audience diversity is undoubtedly due to the divergent range of art that hangs on the gallery’s walls — which this past year displayed the surreal paintings of Thomas Turner, the pop art of Chris Hobé, the patterned portraits of Lela Brunet and many more.

Founded in 2008 by owner/director Yu-Kai Lin, Kai Lin Art’s mission to promote “emerging and established artists in the Southeast and beyond” is one that adds to the richness of Atlanta, on a cultural and a social level.

You knew queers and the queer-adjacent would be all up in creative arts, so you can be even more sure we snatched some of the After Dark awards as well.

Maybe we should stop acting surprised to feel so much Loaf love. Creative Loafing is no stranger to gay-inclusive coverage, staff and year-after-year gay lust objects.

All photos by Jeoff Davis for Creative Loafing.