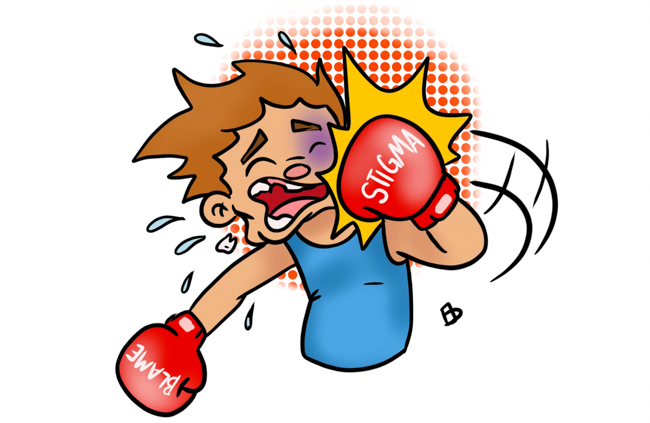 I got my routine testing, and I tested positive for HSV-2. Two weeks later, I’m still trying to wrap my head around it.

There’s so much emphasis on HIV that when I started PrEP, it created a false sense of security. It’s like I forgot about all the other STDs I could get exposed to, and I have to admit that I started becoming careless about my sexual health.

What’s done is done, but I have to figure out how to be open about it every time that things could become intimate.

My doctor says that thousands of people live normal, healthy, sexual lives with herpes, so I’ve been reading up on it. With medication and safer sex practices, I should be good, but I’m still not there yet on feeling guilty about my behavior and sad about the lost potential relationships.

Your story is becoming commonplace since the advent of PrEP, though that only eases the challenge a little while finding your new normal. Better news: You will find that normalcy and thrive.

Despite warnings on PrEP and TasP bottles, the rise in “other” sexually transmitted diseases besides HIV has been atop queer media and LGBTQ discussions for nearly a decade. There are advocates that saw it coming with the perceived relaxation of safe-sex rules. While herpes, Hepatitis C and the less permanent (if treated) STDs like syphilis, chlamydia and gonorrhea are obviously not the same as HIV, the stigma can still be every bit as real, the challenges can be every bit as difficult to navigate, and some of the lessons in dealing with a diagnosis can be informative.

What HIV-positive people learn is that disclosing an STD is like “coming out” again every time you want to have sex. That takes some getting used to. You’re worried about reactions, so just know now that they will vary from person to person. The key here is that every one of those reactions is about them and not about you. Their shame is not for you to absorb or take on board as your own.

Likewise, your self-shame is both un-called for and useless. It doesn’t fix anything. You’re letting your past mistakes and your unknown future mess with your very real present.

Stay in the here and now, doing what you’ve already started — educating yourself and coming to terms with having herpes. Getting yourself OK with it will help deflect negative reactions from others, and it will help you inform potential partners about their risks and options.

Another thing you’ll learn for sure about herpes on https://suriaplasticsurgery.com/valtrex-valacyclovir/, much like HIV, is that it’s treatable to the point that it’s nearly impossible to pass on when you don’t have an outbreak. That’s just one arrow for your emotional quiver.

The rest is simply good advice for anyone, in almost any situation: Be careful, don’t wear shame on your sleeve, be honest with people who matter, and give it time. It’s only been a couple weeks, and despite challenges, you are guaranteed to get your head where it needs to be on this issue.