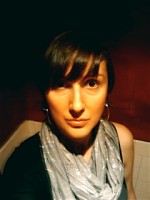 The library folks were duly impressed with the talent and encouraged Abbott to expand the event. AQLF was born.

To facilitate the ambitious festival, Abbott brought poet Megan Volpert and me aboard as co-directors, and in 2008, we were thrilled to have Mark Doty as one of our keynote speakers. It was the same day he won the National Book Award for his poetry collection, “Fire to Fire.”

Over the last four years, we’ve been able to bring some of the biggest names in the LGBT literati to Atlanta, including Kate Bornstein, Staceyann Chin, Manil Suri, Paul Lisicky, Terry Galloway, Daphne Gottlieb and Charles Jensen. We also formed an exciting partnership with the Decatur Book Festival to coordinate its LGBT track each year, allowing us to bring in Rakesh Satyal, C. Dale Young and Rigoberto Gonzalez.

Atlanta is one of two U.S. cities with an annual literary festival devoted to LGBT writers. The other is Saints & Sinners Festival in New Orleans. With that in mind, we continue to strive to bring a diversity of voices to town, and we think we’ve done it again for 2010.

And did I mention that the entire festival is free? 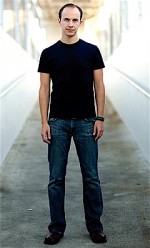 Johnson’s appearance couldn’t come at a more crucial time as LGBT people around the world continue to struggle for basic civil and human rights.

Saturday’s readings and panels include discussions of social media, journalism, fiction writing and more, along with readings by authors including Steven Reigns (bottom photo), Elliott Mackle and Amy King, among others. In the evening, a Queer Poetry Slam takes place at Java Monkey in Decatur, followed by an after party at Chocolate Bar.

Sunday’s Queer Creativity event closes out the festival with a wind-down event featuring Alice Teeter and Freddie Styles, moderated by Carol Sandiford at First Existentialist Congregation in Candler Park. The event is followed by opening of Art is Queer x 2.

And, once again, it’s all free. There are no tickets to buy. Just show up to any and all of the events and enjoy

Coming on the heels of Out on Film and this past weekend’s Atlanta Pride Festival, we know you might be feeling a bit “gay-ed out,” but trust me when I say that you will be entertained, enlightened and inspired by these writers from around the country who are converging on Atlanta to celebrate the queer written word.

For a full schedule of events and nore information, visit the AQLF website.

Collin Kelley is one of the organizers of the annual Atlanta Queer Literary Festival. He is a poet, Atlanta-based journalist and author of the novel “Conquering Venus.” Follow him on the Modern Confessional blog at collinkelley.com.