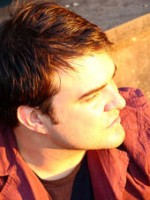 October’s annual Atlanta Queer Literary Festival is just around the corner, but the fun and fundraising starts Thursday when a dirty dozen of queer musicians and comedians perform a fundraiser at Eddie’s Attic.

“The lineup is pretty impressive,” says Collin Kelley, one of the organizers of the annual festival as well as its Thursday benefit. “I think it’s going to be a really fantastic evening, and $12 is pretty inexpensive for one night of entertainment with all those acts.”

Atlanta’s LGBT music scene is bustling, and AQLF has wanted to tap into and support them for some time, Kelley says.

“It adds another dimension to what we do the way other literary festivals include music in the mix,” he says. “We’re already thinking about making this an annual fundraiser and maybe even including musicians in the festival in future years.” 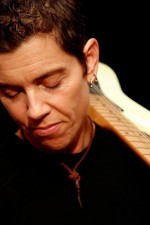 Local gay comedians on the bill promise to bring on the bawdy and the belly laughs via Alyssa Barnett-Schott, Mindy Dawn Friedman (third photo), Vivian Alford, and the king of catty, Sanders Hulsey (bottom photo). Visit the AQLF website for profiles and even some videos from all 12 performers set for Thursday, as well as more about the festival itself.

“They’re great,” Kelley says. “The comedy’s going to be a little raunchy, a little racy and a lot of fun.” 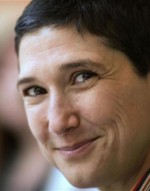 Among all the fun in fundraising on Thursday, Kelley also notes that the literary festival, set this year for Oct. 13-16, needs the extra help this year.

“We lost a good bit of funding because of the economic downturn,” he says. “Some of the supporters weren’t able to come up with the extra money to send our way, so we knew we’d have to do something special.”

Kelley credits festival founder Franklin Abbott and the “excited, supportive and extremely helpful” folks at Eddie’s Attic for making special happen. Get your tickets online now, or at the door.

In its fourth year, October’s main event already has famed trans writer Jennifer Finney Boylan and other nationally known scribes on the roster who are sure to draw a crowd in addition to Atlanta’s own vibrant, diverse gay poetry and prose collective. Keeping LGBT literature at the forefront of awareness is an important facet of queer culture, Kelley says. 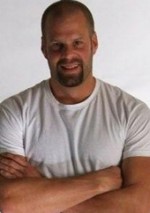 “We’re only one of two specifically queer literary festivals in the country,” he notes. “Saints & Sinners in New Orleans is the only other one, so we’re trying to build it every year and make it better and better with a wide array of voices and types of work.”

Another fundraiser for the festival gets back to AQLF’s literary roots in September. Organizers are working now confirming straight allies for the annual “I See Straight People” slate that brings some spoken- and written-word heavy hitters to the stage all for the price of a pay-as-you-can donation to the festival.