Queer life improves, but hooking up is still oh-so hard to do 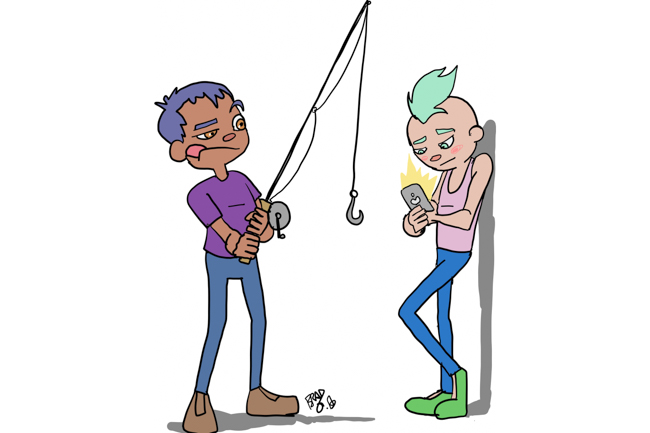 Some queer conundrums never get easier, whether you're big-kid fishing in a millennial pond, wanting a commitment but have no takers, or you're worried about HIV in the wrong way. Was it always this hard? Yes.

What is the deal with Millennials? I was in a 10-year relationship that ended, and I’m back on the dating scene in my 40s — well, at least back on the tricking scene. Either things have changed, people have changed, or I have changed. Maybe all three.

Rather than dating seriously, I thought a little fun with younger people who weren’t ready to settle down would be good. Boy was I wrong. One guy was hot the first time, a mess the second. Another I’m working on but he is proving elusive.

There are tons of people out and about and online, but they’re too interested in being chatted up. It’s so much work! I remember my younger, sluttier days with fondness, but I deserve a medal for all the time I put into these people.

Was it always this hard? Where do my longtime single friends find the time or the energy? I just want the fun without the hassle.

Life is hard. If you deserve a medal, everyone deserves one, and I don’t do Millennial Participation Medals. How about a GenX Middle Age Cookie – sweet, but not enough to spoil you.

You probably just forgot, but tricking is a full-time job. You have to prioritize it, make time for it, and keep at it. Maybe it lost its luster after a real relationship, because the payoff doesn’t look as good as it used to — in either the pursuit or the prize.

For some, the actual sex is less the draw than the chase. Others tell themselves they’re looking for a relationship, or play other mind games on themselves to keep up the investment in random flings and avoid the difficult stuff of meaningful engagements. Maybe this used to be you, but you’re older now.

You say you don’t want the hassle, but Millennials are all about the hassle. It’s not their generation, just their age. It’s all new to explore and experiment with flirting and dating for them, just like you before your long-term relationship.

I’m not interested in playing the field but playing house. How can I avoid people who want a fling and find those who want commitment?

My best advice is always the simplest: Communicate. In the same conversation in which you express your interest, gauge their interest in more than sex. If you don’t match up, be willing to throw them back and fish for another catch.

Things are hot and heavy, and all the clothes are off. We’re dirty-talking up a storm, and then he stops me for a second. Then he changes his mind and says “nothing.” We do the deed and he leaves. Then it hits me, what if he’s HIV positive and didn’t tell me? Help!

Even if we all agree that everyone should disclose his HIV status to sex partners every time, let’s also admit that it’s difficult. And hello, there’s definitely no use being flabbergasted if you never directly asked the question.

Yes, poz people should disclose their status, and so should neg people to the best of their knowledge, but let’s not kid ourselves. Only you can protect you, and that means having “the talk” before the dirty talk. Grow up, put it out there, and get back to what you really want to talk about.

You ask, what if he’s HIV-positive and didn’t tell you, maybe even lied to you by omission? Let me ask you: What if he says he’s negative and just doesn’t know he's actually positive? You are still in charge of your own behaviors.

The Q is for entertainment purposes and not professional counseling. Send your burning Qs [email protected]

This column originally appeared in Q magazine. Read the latest issue, enjoy all of our past editions of The Q advice column, and look for a new issue of Q each week.