Queer Atlanta newsmakers, artists and bars on a mission in Q mag 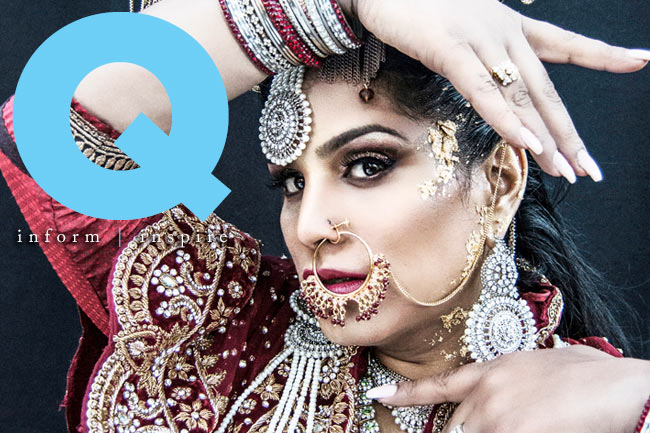 A trans woman of faith, four gay bar owners, a drag queen/professional dancer, eight gay event organizers, a gay male relationship analyst, and four LGBTQ elected officials walk in on a vision quest for queer Atlanta. It sounds like the beginning of a good story, and it is. It’s also your introduction to this week's issue of Q magazine.

Our cover story profiles Feroza Syed, a Muslim real estate broker publicly dismantling her quiet life as a married lady who “passed” as cisgendered. Alongside our photo essay on her by James L. Hicks, Syed opens up in an interview about life since coming out as a trans woman.

Other Q-ATLiens who are no strangers to making tongues wag are two LGBTQ state representatives being targeted in the next election, and four nightlife veterans, two who joined forces to take over Midtown Tavern, and two more who just bought Burkhart's with plans for a fresh start.

Rather than a singular voice, the local queer experience is a cacophony of diverse perspectives. Look no further than the smiling faces on our Q Shots photo pages and in our Queer Agenda calendar of upcoming events. In Voices, Vince Shifflett compares relationships and relationSHITs, and this week's 10 Queer Things suggests new music for your playlist. In The Q advice column, one Atlantan isn’t over the ex, while another is collecting a chorus of them.

Each of our subjects adds a unique vision to Atlanta’s continually evolving LGBTQ mission, and we at Q magazine are happy to be along for the ride. Pick us up each week, and check online daily for fresh content here on Project Q Atlanta.

Q magazine is available at LGBTQ and queer-friendly outlets around town. Read the digital version below: