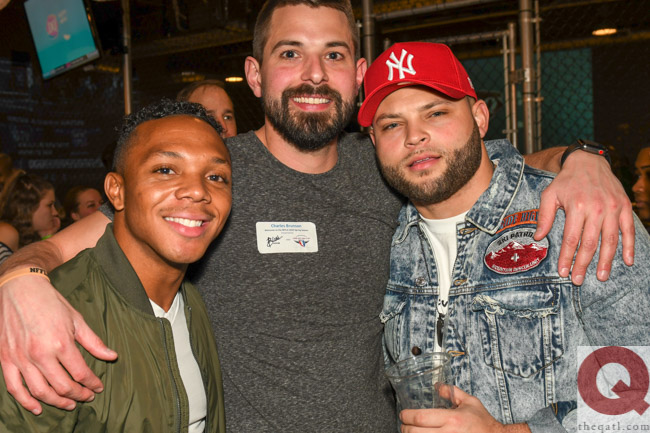 The National Flag Football League of Atlanta celebrated a record-breaking number of player signups at a spring season kickoff party at Pin & Proper on Friday.

Some 200 players — including a record 34 women — signed up for the queer sports league, according to NFFLA Commissioner Justin Spears. That dwarfs last year’s record of 150 signups.

Veterans, rookies and friends gathered at the Grant Park facility to eat, drink and dance as this season’s teams were revealed.

Pre-season games kick off on Saturday at Silverbacks Park in Northeast Atlanta, while the regular season gets into gear on March 14.

So your bestie has a new love, only that new love is hitting on you bigtime. Which one do you talk to first, and how? You have issues. Advice from our Life Judge can help.
Read more
Crime

A day of celebration in Midtown ended in violence for an Atlanta drag entertainer early Sunday as someone attacked and robbed them on a...
Read more

After a fascinating chat with out-late lesbians, the popularity of our own Podcast Q plus several new audio offerings by LGBTQ Atlantans, we got...
Read more
Q Conversations

Have questions about your options with the Affordable Care Act and healthcare.gov? Join us Tuesday, Dec. 1 at 1 p.m. for a discussion with...
Read more
News

A state lawmaker from Fayetteville proposed a bill that critics said could be used as a “sword for discrimination” against LGBTQ students in Georgia. State...
Read more
Load more
17,369FansLike
5,928FollowersFollow
7,671FollowersFollow