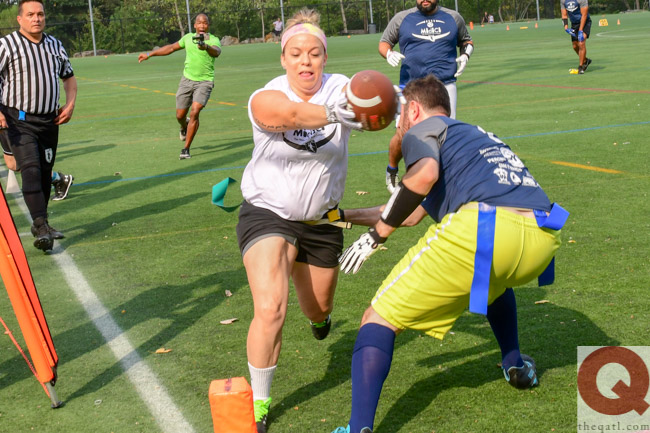 The LGBTQ and allied players of the National Flag Football League of Atlanta entered Week 4 of their fall season on Saturday.

The games were held at Silverbacks Park in Northeast Atlanta.

The season will be put on hold this weekend as several players head up to New York City for Gay Bowl XIX and those remaining at home celebrate Atlanta Pride weekend.

There are only three more games in the league’s regular season, then it’s playoff time!