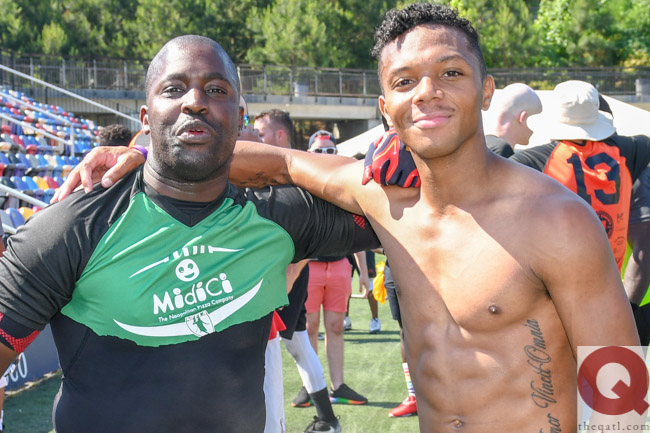 The LGBTQ and allied players of the National Flag Football League of Atlanta capped off a record-breaking spring season with a couple of high-energy championship games.

The long haul to the championship started in March, and they threw in a couple of margarita busts along the way for fun.

Players headed over to Felix’s for an End-of-the-Season Beer Bust after the games. Congrats on another great season!