Queens kill it at Dragnificent with Raja [photos] 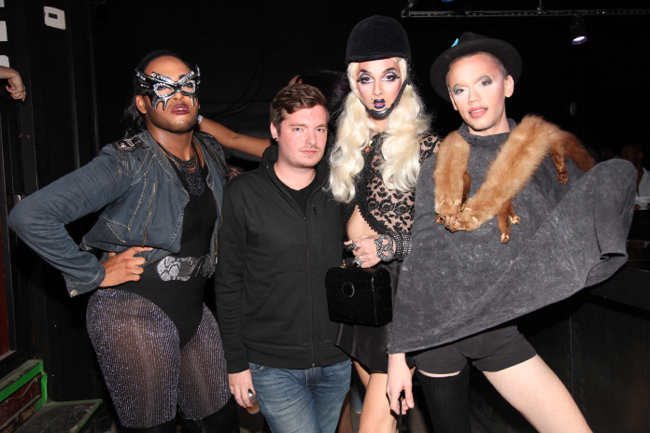 The third week of Jungle’s drag elimination competition continued Wednesday with a GenderFuck challenge. It was a real test for the queens as “RuPaul’s Drag Race” winner Raja served as guest judge.

The crowd was as into the theme as the contestants. Several guests served gender-bender realness good enough for the stage (top photo). Speaking of serving runway androgyny, queen of the genre Raja also performed and chatted with emcee Nicole Paige Brooks before the contestants turned out their GenderFuck challenge performances.

Another guest judge, local gay about town Chandler Bearden of the MISTER Center, did a high-flying, shirtless aerial arts number from a trapeze. It’s the latest little something he likes doing while we watch (video).

When it came time for the final call by the Dragnificent panel, head judge Phoenix let it be known that Princess Vanessa had won the night. In three weeks of competition, it was the first time contestant Evah Destruction didn’t win, though she is still well in it as one to watch. Even after a kick-ass performance, the competition was tough enough to send Zaria Bonet Valentino packing.

With two out last week and one the week before, that leaves nine vying for the crown. Dragnificent returns each Wednesday at Jungle until one is the last queen standing.