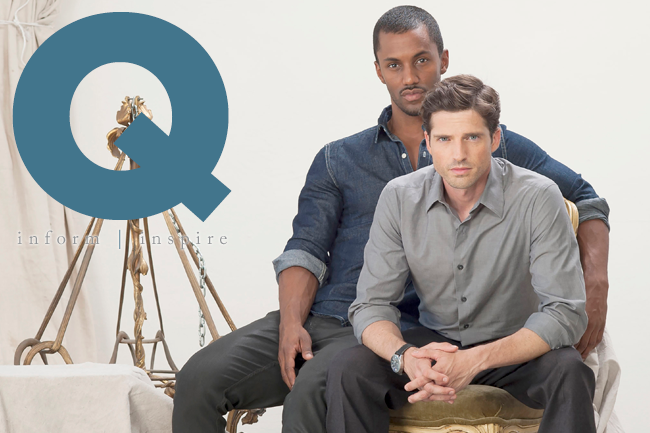 Complacency may be the most dangerous threat to stalling LGBTQ equality, so it's refereshing in this week’s Q to find Atlanta queers not content to rest on their laurels. The venerable festival Out on Film festival sets the tone.

After more than three decades, it might be easy to take Atlanta's queer film festival for granted, but Q throws a lot of print real estate and digital promotion behind it for exactly that reason: We know how lucky we are to have the world-class event series in our hometown for 32 years running. Atlanta arts veteran, Q contributor and OOF Festival Director Jim Farmer and his volunteer board raise the bar each year.

Ever-expanding and committed to diversity like the festival itself, Q magazine and Project Q Atlanta’s support this year includes sponsorship and co-sponsorship of six films in what we're calling the Q Spotlight series (watch the trailers). This issue features those films to whet your appetite for a whopping 11 days and 126 screenings at three venues with something cinematic for every taste.

First, we train the Q Spotlight on a transgender immigrant drama, a lesbian daughter comedy and a gay chorus documentary. Then we sit down with three interviews featuring fest guests you’ll want to meet, including the lengths director Doug Spearman went to make the Q cover star-worthy movie From Zero to I Love You (top photo), Star Search winner and Broadway baby Sam Harris in Ham: A Musical Memoir, as well as Sell By actor Scott Evans.

Another local veteran moving the movement and raising the bar on something that’s often ignored, health advocate Danny Sprouse is a star in his field. This week, Q Voices taps his prowess for Gay Men’s HIV Awareness Day. He takes our ways to squash stigma past the day itself as guys prepare for Pride and beyond.

Also in this issue, Atlanta Pride offers four Pride headliners in Q Community, the Queer Agenda lines up the best LGBTQ events of the week, Q Shots galleries find your smiles, and The Q advice column offers help for queer conundrums. Write me about any and all if it, and we’ll see you next week: [email protected].

Read the full issue below: