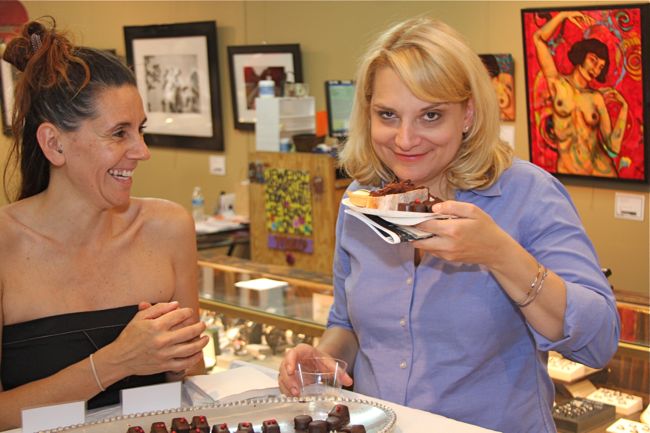 Melissa Carter, the first openly gay radio host in Atlanta, is pushing aside her microphone and ending her long-running stint with Q100’s Bert Show in April, she announced Wednesday morning.

Carter, an honorary grand marshal for the 2010 Atlanta Pride parade, has no set plans for the future, other than to take a few months off. On the eve of her announcement, Carter told gay journalist Rich Eldredge that it’s “the right time” to move on.

“It’s just the right time to try something new,” she explained. “It’s been a privilege to be a part of something as wonderful and unique as The Bert Show. But on a personal level, it’s time to challenge myself, take a risk and let the universe pull me in the direction I need to be in.”

On Wednesday, Carter delivered the news to her audience about 7:25 a.m.: “I’m taking a risk and I’ve never done that in my life,” she said on air. She leaves the show on April 15. (Carter talks some more about her departure in these audio clips.)

Carter has also made impromptu appearances at the monthly bingo benefit held for Pets Are Loving Support.

Carter kicked off her broadcasting career 15 years ago as a news writer for Q100 sister station 99x. In 2001, she became Atlanta’s first openly gay radio host when Q100 launched. Since, the show has become one of the most popular in Atlanta, helping fuel syndication efforts last year.

Fans, including gay and lesbian ones, spent Wednesday morning wishing Carter well on her Facebook page.

“Good luck on your next adventure,” Jeff Graham, Georgia Equality’s executive director, posted. “Thank you for all you’ve done to raise awareness of our issues and our lives!”