Q magazine opens can of worms that is toxic masculinity 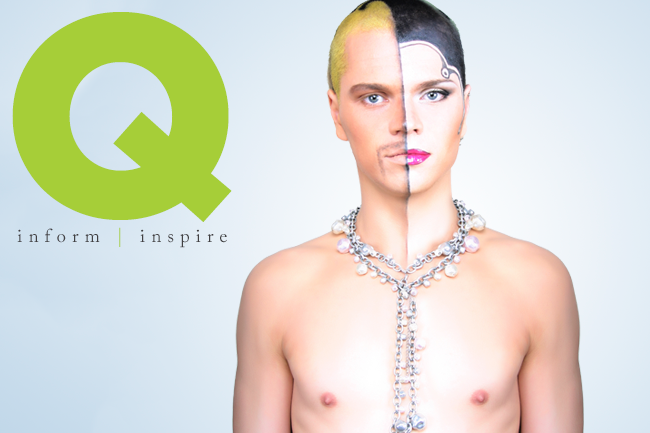 As our regular readers know, Q celebrates, nay magnifies, every expression of every letter in the LGBTQIA acronym. That certainly goes for butch butchies butching butchness all over Butchtown. Be they male, female or non-binary, expressions of masculinity are all good – until they’re not.

This week’s Q magazine opens a dialogue on an issue that quickly becomes a multi-faceted can of worms: There’s masc, and then there’s toxic masculinity.

Masculine expressions become poison when they're presented as superior to femininity. “Masc” is toxic when it excludes, ridicules or suppresses other expressions of gender or queerness, even within ourselves.

What’s more, there are plenty of awesome things that people miss out on when they wield #masc4masc culture as a weapon. We delve into just some of them.

Of course, the root of toxic masculinity isn’t in queer culture. The sexist, heteronormative mainstream culture tries to indoctrinate all of us at the earliest of ages. It's enough to drive queer- or differently-identified kids to suicide.

The recent case of 9-year-old Jamel Myles, who took his own life over anti-gay bullying, brought the issue home for Atlanta columnist Ian Aber. In Q Voices, he recounts his own childhood suicide attempt as a queer kid.

We must allow every LGBTQ expression to fly free as each person sees fit, and we must celebrate every aspect of our culture. This week's Fall Events Preview includes three of our biggest opportunities to do so this year. Atlanta Pride, Out on Film and Halloween are coming, and we have the details, as well as scoop on everything in between this season.

We also have advice in The Q, photos in Q Shots and this week's Queer Agenda calendar. Read the full issue below, and pick up a new edition each week: