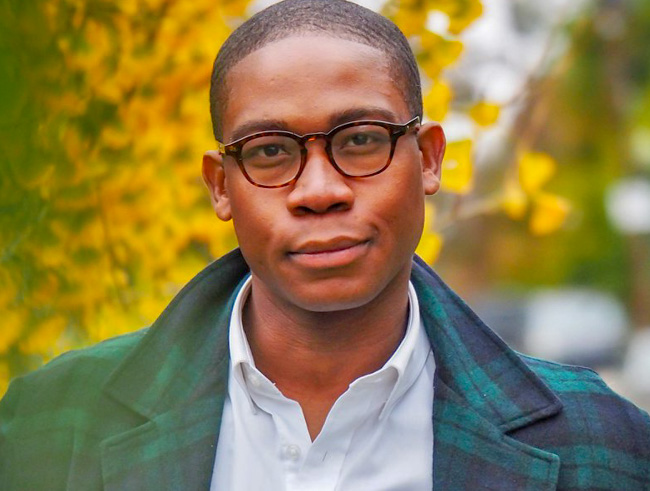 A coalition of LGBTQ, social justice and civic groups will hold a march and rally in Macon on Saturday in support of a comprehensive nondiscrimination ordinance.

The call for a more sweeping policy comes three years after the Macon-Bibb County Commission voted to extend employment protections for LGBTQ county workers. DeMarcus Beckham (photo), the Southern Georgia field organizer for Georgia Equality, said the push for a broader policy has grown every year since then.

“And this year, because of seeing so many cities in the last 14 months pass their own string of protections, we want to make sure that Macon can be the first city outside of the metro Atlanta area [with such protections],” he told Project Q Atlanta.

The groups have been in talks with Mayor Robert Reichert and the commission about the ordinance.

“They seem very open to the idea of creating such legislation, but they want to make sure that they have support within the community and also within their own board as well too,” Beckham said.

He said it’s important to everyone that the ordinance prohibits discrimination based on multiple classes, including race, religion, gender, age, disability and veteran status.

“[The commission] wants to make sure that the legislation that is passed is totally comprehensive,” Beckham said. “We don’t want to leave anyone out. This isn’t just an LGBT issue.”

Reichert, who is leaving office in May after 12 years as mayor, told Project Q he is not aware of a pending nondiscrimination ordinance. Commissioner Larry Schlesinger, who sponsored the 2017 ordinance protecting LGTBQ county workers, did not respond to questions about the ordinance. Schlesinger is one of several candidates running for mayor, according to WGXA Macon.

Commissioner Elaine Lucas, who also sponsored the 2017 ordinance, told Project Q she would review the nondiscrimination ordinance but did not say whether she supports it.

Reichert, Schlesinger and Lucas called on state lawmakers to pass an LGBTQ-inclusive civil rights bill in 2017.

The march on Saturday will conclude with a rally in Rosa Parks Square. Organizers invited commission members to meet with constituents at Just Tap’d gastropub following the event.

“This is an opportunity for them to show their support for initiatives like this, as well as showing the community that they’re willing to stand with them for the cause,” Beckham said.

March on Macon 2020 takes place at 4 p.m. Saturday at Coleman Hill in Macon. The march begins at 4:30 p.m. and is followed by a rally at Rosa Parks Square and meet-up at Just Tap’d gastropub.