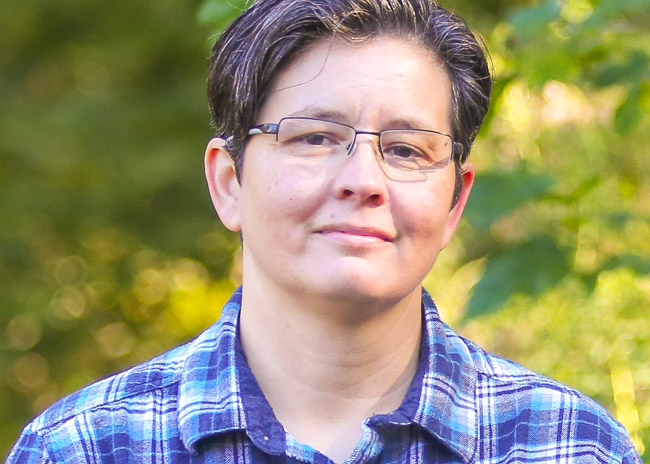 Several LGBTQ appointees to boards and commissions in Tucker want to make the city the latest in metro Atlanta to adopt a broad LGBTQ-inclusive nondiscrimination ordinance.

But one of the appointees said that Tucker Mayor Frank Auman and the city council are “intentionally holding up” the ordinance. The measure would prohibit discrimination based on sexual orientation and gender identity in private employment, housing and public accommodations.

Damyon Claar-Presley (photo), chair of the city’s Downtown Development Authority, and two LGBTQ members of the city's Planning Commission wrote a draft of the ordinance and presented it to the council in July. They were told it would get added to a council work session agenda in September.

“There’s a lot of things already on the books, things that had timelines they had to meet so those things were put ahead on the schedule,” Claar-Presley said. “That’s the way it was framed so we took it at their word that that’s what was happening.”

But September came and went, and now five months later, the mayor wants to see how the U.S. Supreme Court rules on anti-LGBTQ discrimination under federal law before proceeding with the ordinance, according to Claar-Presley.

“What the mayor has said is that if the Supreme Court rules in some way that’s detrimental to [LGBTQ people], we will then do something to protect you,” Claar-Presley said. “They’re hopeful that the Supreme Court will do what’s right. But even if they do, they typically rule very narrowly.”

The metro Atlanta man at the center of the Bostock v. Clayton County case – Gerald Bostock (second photo) – told Project Q Atlanta that after joining a gay sports league in 2013, he was fired from the “job I loved.”

In Tucker, the ordinance is supported by several councilmembers, including Councilmember Anne Lerner.

“While I believe Tucker is a welcoming, inclusive community with or without this ordinance, I fully support a nondiscrimination ordinance and have been engaged with an active group of citizens to learn more and educate the community and council,” Lerner said.

Auman did not respond to Project Q’s questions about the ordinance and Claar-Presley’s comments.

“They’re not unsupportive,” Claar-Presley said. “I think they just don’t want to take a stand. One of the things we heard was, if we do this, we’ll be like everybody else. Our pushback is, no, we’ll be the very best of what Tucker is.”

Brookhaven became the seventh city in the state to adopt an LGBTQ-inclusive nondiscrimination ordinance in January. Such ordinances are also under consideration in Smyrna, Athens,Columbus and East Point.