Purim ‘Masquerade Ball for All’ set for Saturday 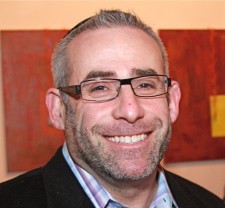 The Jewish holiday Purim always means something extra in gay Atlanta. The Rainbow Center’s annual costume party is a big draw—made even bigger this year by honoring Rabbi Joshua Lesser.

The annual Purim On Ponce event has become so popular that it had to become Purim “Off” Ponce for 2010 with a move to Callanwolde Fine Arts Center that accommodates an increasing number of guests.

This year, Purim “Off” Ponce: A Masquerade Ball for All on Saturday, Feb. 20, honors everybody’s favorite gay rabbi, Joshua Lesser (photo). He is the leader of Congregation Bet Haverim and will receive the “Rainmaker Award” for his contributions as one of the founders of the center as well as his involvement in a plethora of Atlanta interfaith and advocacy organizations.

The deeper meaning of Purim is based on the story of Queen Esther, who was afraid to reveal her true identity because she was Jewish. For the Rainbow Center, a local service organization that offers LGBT-compassionate support services, Esther’s story is a perfect connection to the coming-out process: people who once disguised their identities can be free to express themselves.

The costumes of today’s celebrations range from elaborate Venetian masks and jester outfits to homespun, creative disguises commonly associated with Halloween. Rumor has it that someone—perhaps this year’s honoree?—once attended as “The Esther Bunny” in honor of the holiday.

Translation: anything goes in accordance with the festive nature of the tradition. People in regular cocktail attire won’t be turned away, but costumes are strongly encouraged to get into the spirit of the event. And seriously, who needs a better excuse to dress up? Not you. 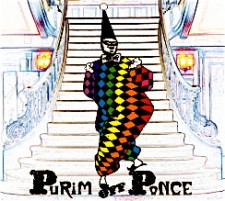 For attendees, the evening includes dancing, a costume contest with fabulous prizes, a “Spoil Yourself Silly” auction and sensational entertainment including some of those do-gooding camp drag crazies, the Armorettes.

The only requirement? All patrons must be at least 21 years of age. You know, because we’re gonna throw down, and no one would want their kids to see!

Tickets are available online now for $50, $36 for guests aged 30 and under. All proceeds help the Center expand its educational workshops and to increase LGBT inclusion in the Jewish and greater Atlanta community.

The Rainbow Center serves the needs of LGBT and people questioning their sexual orientation and gender, their families and friends. Its educational, counseling and support programs are open to people of all ages and all religions in social, therapeutic, spiritual, or volunteer pursuits.