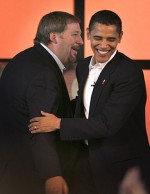 Details are slowly emerging for an expected protest over Rev. Rick Warren’s appearance in Atlanta later this month to headline the commemoration of the Martin Luther King, Jr. holiday.

The group GLBT ATL announced on its Facebook page Wednesday that a protest is set for Jan. 19 at 9 a.m. in front of Ebenezer Baptist Church on Auburn Avenue. The event may then move to the annual parade, which starts on Jackson Street at 1:30 p.m.

The details are still being coordinated, but we will be posting here again soon with an area map, including location of the protest, street closings, MARTA instructions, and other important information for those of you planning to attend. Please subscribe to our announcement list to have the latest information e-mailed to you as it happens, including all posts to this blog.

GLBT ATL is working with the Atlanta Black LGBT Coalition to coordinate the action against Warren. Last month, the coalition called on the church to drop Warren from the services. The church has said Warren was invited before a national uproar over his selection to deliver the invocation at President-elect Barack Obama’s swearing-in on Jan. 20. 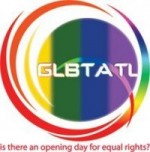 “Rev. Warren’s hateful opposition to civil rights for lesbian, gay, bisexual and transgender people and reproductive rights for women, and his intolerance of diversity contradict the values of freedom and equality that this day represents,“ the coalition said in a prepared statement last month.

“Bestowing Rev. Warren such a prominent role does not foster greater understanding between divided communities. Instead it drives more wedges between disenfranchised communities that are continually pitted against each other by the agents of racism and homophobia. In effect it enables oppression and implies that there are still some people acceptable to hate.“