Project Q does a day with Out on Film [photos] 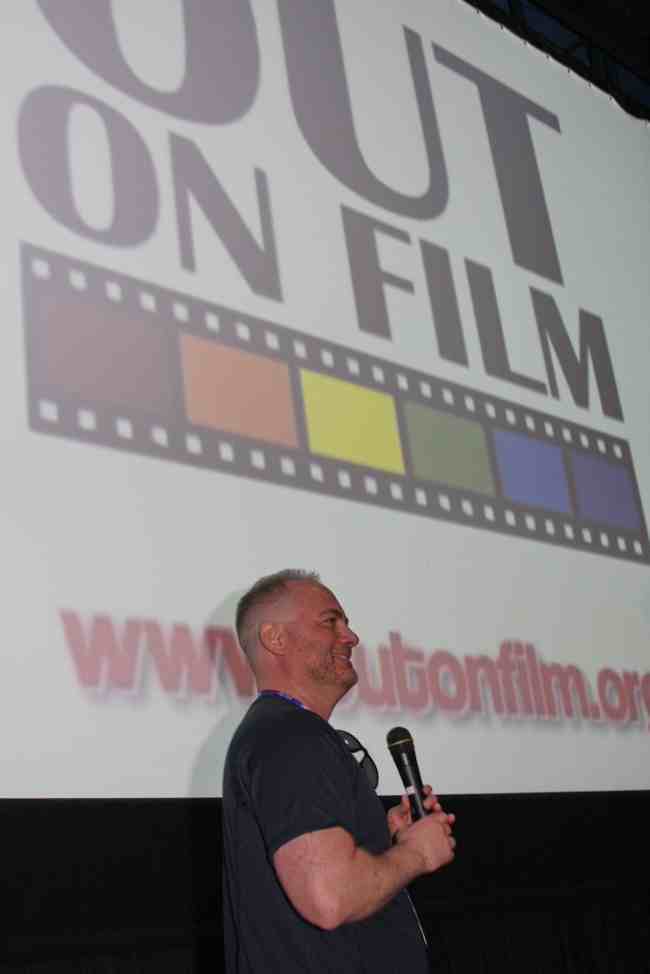 Atlanta’s celebration of LGBT films closed its successful 8-day run on Thursday, but not before Project Q Atlanta had its chance to celebrate with its very own day at Out on Film.

That was Sunday, when we were on hand – with hundreds of film-goers – at Midtown Art Cinema to pepper former Atlantan Christopher Hines (top photo) with questions about his two world premieres, learn more about ex-gay camps, and enjoy seeing Cheyenne Jackson in action. It was Project Q Day, so of course there was a little “Buffering,” too.

Not just content to snap photos of the movie fans that joined us, we also dished out some prizes, too. Giveaways included dinners at Midtown’s spiciest gay party and food spot Las Margaritas and Radial Café, the breakfast hotspot that recently morphed its menu and is now also open for dinner.

We also had prizes provided by the gay gifts and sundries shop Brushstrokes that’s all stocked up on Pride paraphernalia right now, and tickets to see the new High Museum of Art exhibit “Picasso to Warhol” modern masters exhibit opening on Oct. 15. We also had something racier of the all-male, all-nude variety, too. Swinging Richards offered VIP passes.