Prodigal queer returns with Hollywood and Hedwig in tow 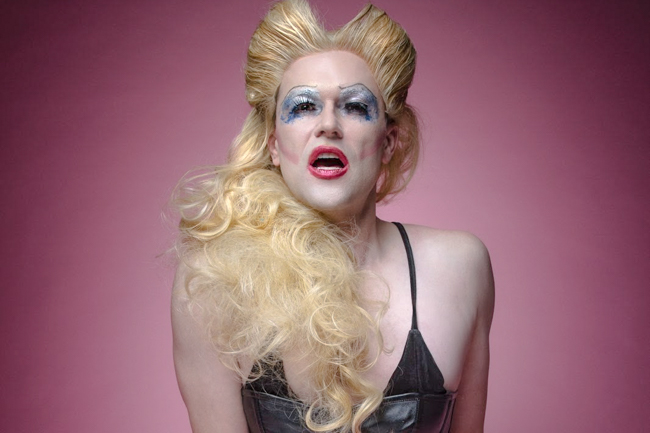 It’s had been nearly two decades since Chad Darnell lived in Midtown when his feet hit that hallowed soil to live and work again in 2018.

“I lived in Midtown all through the ‘90s, and after moving back last year and living across from the park, I finally feel home again,” Darnell tells Q. “I lived in Los Angeles for 16 years casting, and then moved back to Georgia to help grow the acting community in Savannah, since so many films were starting to film there.”

“I've had an incredible experience working on over a hundred television shows and feature films, but acting and writing has always been my passion,” he adds. “2019 in Atlanta is the year I get to make that happen.”

The actor-writer-director-casting agent-theater advocate kicks off the year as the face of one the most iconic queer shows of the last 20 years, Hedwig and the Angry Inch.The show trods the boards at Pinch ‘N’ Ouch Theatre Jan. 10 – Feb. 2.

His second time in a title role that might initially seem terminally unique, Darnell says that Hedwig is ultimately so endearing and enduring because she’s so relatable.

“I think everyone can relate to a great unrequited love,” he says. “You have this pain and hurt that you think is going to kill you and you'd never admit it, but it makes you feel very alive.”

“On the surface with Hedwig, you see someone in pain, but as you peel the layers back, you see it's years and years of unimaginable events and life choices that have led her to this moment.”

But the audience attachment goes even deeper with the show’s place in LGBTQ history. When its off-Broadway debut jolted queer culture back in 1998, there was very little LGBTQ visibility, even less-so for stories about our further fringes.

Since then, of course, local productions near and far, a movie, a Broadway revival and a touring production have cemented Hedwig, her band and her “angry inch” in queer hearts. Venues as small as bars and as large as concert halls have been her home.

After all those iterations, we’re thrilled to report that Darnell and PNO bring Hedwig back to her peroxide blonde theater roots.

“The venue is really small, so you will literally be seeing the whites of my eyes,” Darnell promises. “But that's the way John Cameron Mitchell originally conceived the show. As an actor, it's a massive challenge because there's very little room, so every movement becomes a statement. And if you don't like lap dances, sit toward the back…”

So how does a gay man from Georgia tap his inner transgender East German rock star? It’s been a process since taking on the role in Savannah early last year.

“It honestly has taken me two years of really studying the character to ‘get’ it,’” the actor asserts. “This time around, I studied a lot of Amy Winehouse, Courtney Love, Shirley Manson and Billie Joe Armstrong. I've listened to every podcast, documentary and interview I could find, and I'm probably in the best shape of my life.

“You have to be physically strong for the stamina of 90 minutes, but you want to be lean because she's a punk star. You have to be able pull off the drag part in six-inch heels — which is like a contact sport — dancing, the German accent, pages and pages of dialogue, two different characters (spoiler alert) and convince people that musically you are an international punk star.

“And that's all before you get to the actual acting part of the job!”

So let’s see… iconic character, rockin’ show, perfectly prepped professionals and a native son. If that’s not enough to get your butt into a seat, how about the support of queer creatives in Atlanta? Darnell would love to see the LGBTQ-ATL appreciate each other more.

“Outwrite closing killed me, and now Cowtippers is gone,” he laments. “These places aren't just shops or restaurants. They hold our history, and if those walls could talk, they would have a lot to say.  “Support local theater and local artists! Support local publications and the businesses that advertise with them!  I can't say it enough… oh , and get off your phone.”

As for Darnell, keep your eyes peeled.

“I'm really excited about my screenplay Darlene going into production in the spring with Mary Lambert (Pet Sematary) directing,” he says. “The cast is going to be incredible. And I'm hoping this is finally the year I find the investors to get Joey Stefano made.  Most films take 10 years to get made, and this is Joey’s tenth.

“I want to do more theater in Atlanta,” he promises. “I'd love to direct another all-star staged reading like we did with The Laramie Project with Out on Film. That was an incredible night.  Stephen Moyer, who was narrating, didn't finish saying “The End” before the entire audience was on its feet applauding.

A version of this preview originally appeared in Q magazine. Flip through the latest edition below.