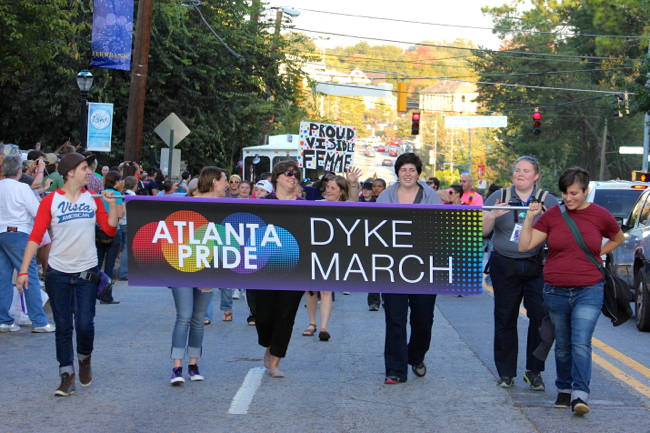 A pre-party in the afternoon led the participants to the Charles Allen gate as the sun fell on the day’s festivities. Led and tailed by police escorts, the crowd – fewer boobs and bikes than in years past, but just as lively – made its way down 10th Street toward Piedmont Avenue before wrapping it up back in the park.