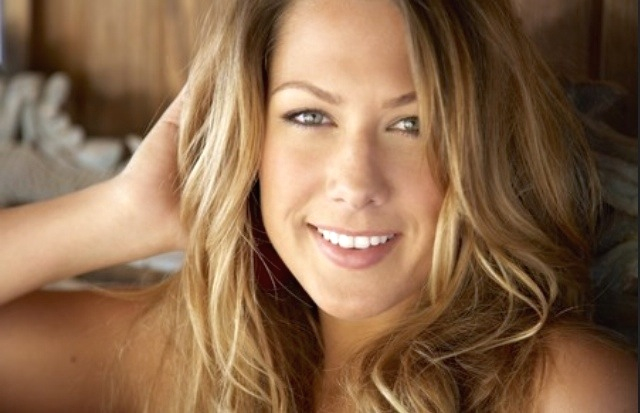 Atlanta Pride is tickling your inner pop princess again with the Thursday addition of Grammy-winning Country crossover singer Colbie Caillat to the announced lineup for Pride Saturday on the main stage in Piedmont Park.

The singer is best known for hits including her breakout “Bubbly,” her amazing workout body, and the no-makeup, women’s empowerment viral video for “Try” (above).

Caillat drops a new album, “Gypsy Heart” on Sept. 30. That makes her Oct. 11 set at Atlanta Pride even more of a timely big deal, according to a prepared statement from Buck Cooke, executive director of Atlanta Pride.

“She is a gifted singer and songwriter and her new material on ‘Gypsy Heart’ is fantastic,” the statement reads. “Colbie is an excellent live performer and I look forward to hearing her new songs in addition to some of her hits during her performance.”

The slow-leak of Pride performers on two stages over the Oct. 11-12 festival continues. Saturday’s lineup also includes Meaghan Trainor and Amber. The full Pride schedule is expected by Sept. 30. In the meantime, enjoy Caillat’s signature video above and read what Pride has to say about her Atlanta appearance.

Atlanta, Georgia. – The Atlanta Pride Committee (APC) is pleased to announce that Colbie Caillat will be headlining the Coca-Cola stage Saturday night during the 2014 Atlanta Pride Festival!  This performance is sponsored by Power 96.1.

Atlanta Pride Committee Executive Director, Buck Cooke, said of the announcement, “We are thrilled to announce Colbie Caillat as our headliner for Saturday night of the festival. She is a gifted singer and songwriter and her new material on ‘Gypsy Heart’ is fantastic. Colbie is an excellent live performer and I look forward to hearing her new songs in addition to some of her hits during her performance.”

Cooke added, “I want to express my gratitude to Power 96.1 and everyone in the Clear Channel family for making this possible. We are so thankful for their sponsorship of Colbie's performance.”

Caillat is a Grammy-winning, multiplatinum artist that has sold over six million albums and ten million singles worldwide.  Her breakthrough hit “Bubbly” remains one of the best-selling digital tracks in history. She has played sold-out venues everywhere and has performed with everyone from John Mayer and Babyface to Sheryl Crow and Gavin DeGraw.

Her fourth album, “Gypsy Heart” on Republic Records, drops on September 30, so Atlanta Pride attendees will get to hear fresh songs from that new release along with her mega-hits “Falling For You,” “Just Like That,” “Never Gonna Let You Down,” and more!

Colbie Caillat is scheduled to perform on the Coca-Cola Stage on Saturday, October 11.  Power 96.1 sponsors the performance. For detailed show times, download the Atlanta Pride Mobile Application available for iPhone and Android users and visit atlantapride.orgfor the most up-to-date details on all of our performers.  Atlanta Pride will also release the full schedule and line-up later in September.

About Atlanta Pride: The main purpose of the Atlanta Pride Committee (APC,) a 501 (c) 3 organization, is to promote unity, visibility and self-esteem among lesbians, gay men, bisexuals, transgender and queer persons and to promote a positive image in the Atlanta area and throughout the Southeastern United States through community activities and services.