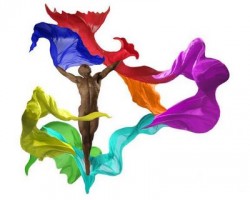 When we promised tickets to the Pride Kickoff Party for comments about the uncertainty over Pride 2010, we were slammed with responses. Even we didn’t imagine that an excellent poem would win the prize. A must read!

With the City’s announcement that Piedmont Park is back open for regular business next year in a post-drought Atlanta, the natural question arose: “Will the cash-strapped Atlanta Pride Committee be able to pull off not only the logistics, but the money to do it again in just seven months for June 2010?”

The comments were diverse, but the ticket prize was well-earned by Jordan Myers, who not only responded, but took some time to make it rhyme:

Atlanta Pride in twenty ten,
Will it happen, and if so, when?
It’s moved and jumped, for years it seems,
Last year at a “Center”, instead of the green.

This year will be colder than those before,
Many responded, with a loud “Never More!”
All Hallows’ Eve for the park, might seem quite Gay,
But parading down Peachtree, on All Saints’ Day?

Compromise we did, but we’re back in the Park,
Wonder what will happen, when it’s seven and dark.
Will the cops chase us out, citing some ne’er enforced law?
Or will the Cabaret carry on, without noticeable flaw?

We’ll all have to show up, and be counted to see,
And drop dollars in buckets, and I mean You and Me.
Without coming together, we can’t celebrate,
And without money next year, again we’ll debate.

Because Pride isn’t time or place or season,
We are all Pride and We are the reason.
But in my esteem, June’s the best time of all,
To see those bare chests, and ring in Stonewall!

Myers also happens to be the president of the YouthPride board. The group is all up in Pride ’09 with a slew of its own events this weekend to fete the occasion. Click on the group’s name to find out more.

Several other comments caught our attention, too. Here are exerpts from some of the best:

“I used to believe that Pride should be in June in order to commemorate the anniversary of the Stonewall Riots, until I realized that Pride festivities around the world occur at all different times of the year. And although we use the Stonewall Riots as a standard for Pride, we recently had our own “Stonewall-type” incident here, with the raid of the Eagle. I propose, that in defiance of this recent, unjust and illegal police action, we hold the 2010 Atlanta Pride Festival on the anniversary of the Eagle raid.”
–Kevin

“I like it being held around Halloween. Take one gay holiday and make it gayer! After all, it is the time of the year when anyone can dress as outlandishly as desired and be accepted at face value.”
–Todd

“It should ALWAYS be held during June. We need to educate our youths, who need to know what it was like just 10 years ago, let alone even before the Stonewall riots.”
–Tim

“I have not seen so much excitement about Pride in the 19 yrs. I have been attending.Everyone has the Glee of little kids at Christmas. Back in the Park, it’s almost in the 70’s,and everyone is calling me telling their plans for their costumes. I can’t wait! We can be just as Proud in Oct. as we were in June!”
–Dana

“Halloween + Pride?! What combination could possibly be better?”
–Country2Concrete

“I think Memorial Day weekend would be good since it’s not as hot in Atl as it on Stonewall weekend.”
–Tony

“No matter WHEN or WHERE pride is held, not everyone will be pleased. It is safe to say the general consensus within our community, enjoys the festival more, when held in Piedmont park. I think with this year being held over Halloween weekend was a GREAT comeback from last year’s decline and tapped into an idea that could propel future settings for Atlanta’s Pride; Develop a theme – most likely commemorating something historical in the Gay community – and let the date of Pride float.”
–Brandon

“I want Pride back in the park next year, but I would be happy with either a Stonewall or National Coming Out Day event (not Halloween, please). Can Pride raise enough money between now and June to have the event then? People who don’t donate have no right to complain, as raising that much money must be hard work!”
–Michele

Congratulations again to Jordan. See you at the aquarium!