PrEP use explodes across U.S. but Georgia lags behind 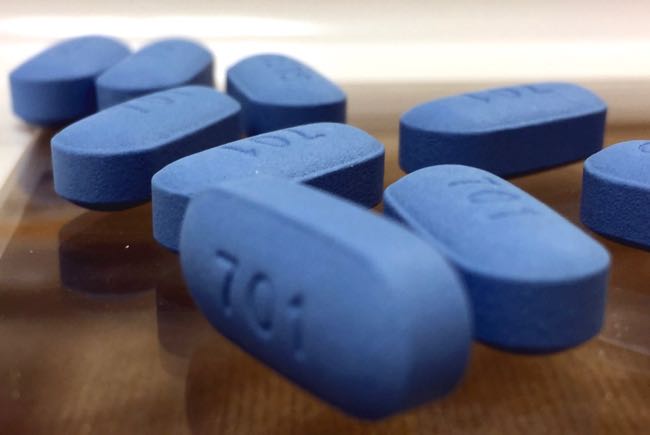 The use of PrEP – a daily pill that prevents HIV – has exploded across the U.S. in recent years, but Georgia lags behind other states in PrEP use, according to a first-ever interactive map that tracks usage across the country.

But PrEP use in Georgia outpaces its Southern neighbors except for Florida, where 32 of every 100,000 people use PrEP. That compares to South Carolina (11), Alabama (15), and Tennessee and North Carolina (17).

The data was released Tuesday as part of an expansion of AIDSVu, an interactive map that tracks HIV prevalence, new diagnoses and mortality – even parsing it to Atlanta zip codes. The HIV tool was launched eight years ago by Emory University's Rollins School of Public Health.

“This is so important because PrEP really is a key part in prevention campaigns. For the first time, there are numbers available state by state to give us a sense of how things are going with PrEP across the country,” Sullivan added.

PrEP was approved as an HIV prevention tool by the Food & Drug Administration in 2012 and was used by 8,768 people. By 2016 – the latest year data is available – the number of users grew to 77,120 people, according to AIDSVu. But that's still a sliver of the 1.1 million people the Centers for Disease Control & Prevention says are at high risk for HIV and should be offered PrEP.

'Opportunity for increase' in PrEP for Georgia

The AIDSVu tracking also shows that by 2016, 64 percent of PrEP users were ages 25 to 44, an age group that represents 54 percent of new HIV diagnoses in the same period.

The AIDSVu tool shows PrEP use by state and several age groups. Sullivan said the data will help public health officials and policymakers improve PrEP education efforts and access to the drug. One of four main focus areas of the National HIV/AIDS Strategy calls for full access to PrEP services for the people who should be offered it.

“The barrier to be a candidate for PrEP may be lower than people might realize. We need to be focusing on both education and access” Sullivan said.

Across the South, like in Georgia, the region sees the highest number of new HIV diagnoses in the U.S. – 52 percent in 2016 – but the lowest proportional use of PrEP – 30 percent. Sullivan said the new AIDSVu tool shows there is room for improvement in PrEP use in Georgia.

“Georgia routinely ranks in the top of new HIV diagnoses. Certainly, we'd like to see Georgia have one of the highest rates of PrEP uptake given that it has one of the highest numbers of new diagnoses. There is a lot of opportunity for an increase in PrEP use given Georgia's epidemic,” Sullivan said.

In January, state Rep. Park Cannon – one of four openly LGBTQ lawmakers in the Georgia House – introduced a bill that would create a three-year pilot program to provide PrEP and related medical services to people at high risk for HIV. The House Health & Human Services Committee approved House Bill 755 on Feb. 20 but the legislation has since stalled.

Sullivan pointed to health departments in two states that have made “substantial investments” in PrEP – Washington and New York – to show that the effort helps boost PrEP use. Those two states are among the top five with the highest rates of PrEP use, according to AIDSVu.

“When health departments are engaged in those states, when they have health department web pages talk about their programs for PrEP, those are areas we look to. Those are certainly state that are above the averages in their regions – for sure,” Sullivan said.

View state-by-state PrEP use and HIV statistics at AIDSVu.