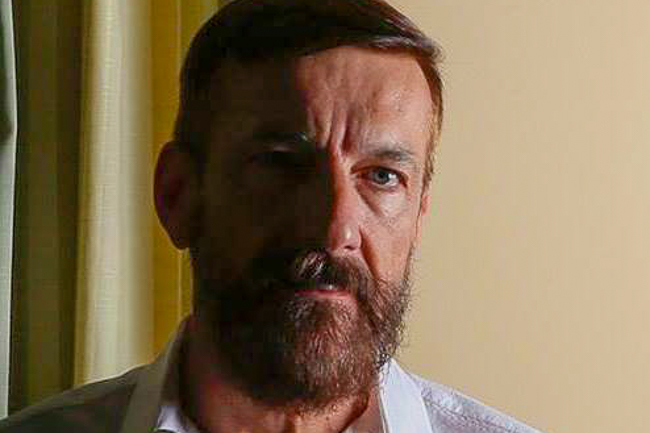 Leading into Pride season, gay men start to hear a lot about HIV “risk behaviors,” but what we really need to talk about is how fear-based HIV messaging keeps us from getting the care we deserve all year long.

With some knowledge, perspective and planning, it’s possible for gay men to have a more proactive approach to HIV prevention. National Gay Men’s HIV Awareness Day is Sept. 27. It’s time to think about HIV, get prepared (including multiple Atlanta events), then relax and have fun at Pride.

Here are five things to consider as you're shopping for rainbow gear this week:

Come to terms with your own HIV stigma. HIV stigma is rampant in our community, even though the epidemic has changed dramatically since the 1980s. Gay men internalize stigma in ways we don’t often realize: avoiding thinking or talking about HIV, refusing to date or sleep with men who are living with HIV, using words like “clean” to describe negative test results or beating ourselves up over “risky” sex, and shaming each other for utilizing PrEP as prevention.

Stigma damages self-esteem and often leads us to “tune out” information that could help us stay healthy. Are you avoiding testing? Are you delaying finding a doctor? You might be infected with stigma. Cure yourself before trying to treat others.

Have a plan for regular HIV testing. No single testing strategy works for everyone, but sexually active gay men should be tested regularly for HIV.

Maybe you don’t want to get tested in a pop-up tent at Pride. That’s OK.

Maybe your doctor gets awkward when you ask for HIV/STD screening. It’s OK to push through and insist.

Maybe you’re most comfortable testing in the comfort of your living room with a home test kit. Gret.

Find something that works and test at least twice per year.

Discriminating against HIV+ people is not a prevention strategy. It’s difficult to be certain about the HIV status of your sex partner(s). In fact, it’s likely that many don’t know their own status, so it’s best to use universal precautions like PrEP and/or condoms under the assumption that anyone could be living with HIV.

People living with HIV who have undetectable viral loads are extremely unlikely to transmit HIV to others (Google U=U), but the responsibility to stop HIV transmissions falls on all of us regardless of status.

While PrEP doesn’t protect against other sexually transmitted infections, it does offer many of us relief from anxiety about HIV. PrEP isn’t for everyone, but it’s an incredibly useful tool that is still very under-utilized.

Learn the HIV care landscape of Atlanta. If you’re a gay man living in Atlanta, there's a good chance someone you love is living with HIV. Becoming knowledgeable about the basics of HIV care (Do you know what a healthy CD4 count is? How about an “undetectable” viral load?) and identifying key clinics and community resources will make you a better friend and a more responsible community member.

The great thing is, anyone diagnosed with HIV in Atlanta today can get care even if they have no insurance and no income, but the options can be daunting. Find the answers in advance so you’re prepared to help.

And remember to take care of yourself along the way!

This column originally appeared in Q magazine. Read the full issue below: