PQA Interview: The bears of Blowoff 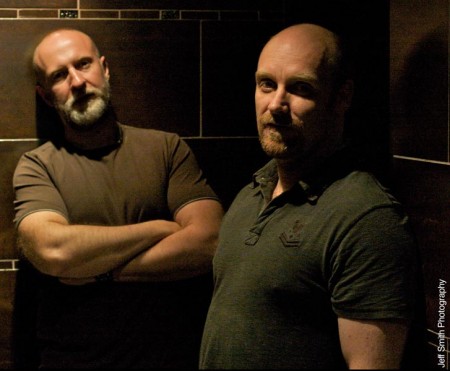 Bob Mould and Rich Morel want you to Blowoff the Fourth of July holiday with them.

The rock and electronic music powerhouses bring their successful Blowoff dance party to Atlanta on Saturday, just in time for the Atlanta Bear Fest. Mould and Morel enjoy a large following, bear or otherwise, but the event at Vinyl marks their first in Atlanta. They talked with me about how the party works and how this all got started.

Q: Describe Blowoff to someone who has never been before. What’s it like?

It’s me and Rich and over the course of the evening, we trade back and forth doing two sets of DJing during the night. It’s a “music first” night, since we’re both singer/songwriters, but we lean more towards pop music. We have lo-fi, indie rock, new disco, old school disco. We run a pretty wide gamut of styles through the course of the night.

Audience wise, it’s gay men in their 30s and 40s, guys who like to drink beer and dance. It skews a little older compared to other parties, but it’s a really great bunch of guys who come out and enjoy.

We also have a video mixer, Nick Lopata, who is doing live video mixing as we spin, so that’s something different as well. You have the music, you have the live mixing, it’s a great experience.

Morel: It’s a dance party that’s very music centered. Bob and I trade off DJ sets throughout the night. The music goes through alternative, indie rock, electro, through the course of the night. It’s a real cross-section of gay guys age-wise. It’s a fun, easy-going party.

Q: How did Blowoff get started?

Going back to 2002, I was in New York and Rich was in D.C. He had put out an album called “Queen of the Highway.” I went to an album release party and we became good friends. I moved to D.C. and we started writing together. In 2002, Rich mentioned he had a DJ gig and we started throwing parties together. It started out as monthly gigs in a smaller club and we moved to the 930 Club and started out in their smaller venue space there and moved to the big room upstairs.

This year, we’ve had parties in D.C., Manhattan, Brooklyn and Atlanta. We’ll probably have 35 of them this year. Rich and I are the only DJs, so it’s not a brand name we farm out to other people.

Morel: We really started it just by handing out cards to people. It was a way to meet people in D.C. and play music. All along, it’s been a very easy-going event. It’s a very low-attitude event. It’s a great place to go and hang out and listen to good music. That’s present now even as we take the party to different cities.

Bob and I set a vibe during the event. We’re very approachable. We usually spin on the floor. That right there sets up a different vibe because we’re easy-going and low-attitude. I think there’s a section of the gay community that is that way and this event reinforces that. There are a number of people in different places — from D.C., San Francisco, Provincetown — who will visit a city when we go there. I have a lot of friends in Atlanta and I have a lot of friends who are coming into town for this. 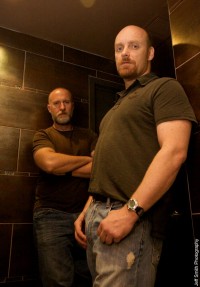 Q: Since you have different styles as solo artists, how does that come into play when you spin together?

We trade off sets and spin twice during the night. We come from a song background although I am more dance and electronic-oriented and Bob is more rock and punk oriented. We go off in our own directions, but we come back together during the cross-overs. The night has an arc to it because of our different styles, but it has a nice feel to it. When we’re not playing, we’re hanging out and having a good time. It’s great because you get to meet people and that’s a great aspect to it as well.

Mould: We don’t really talk about music much these days. We just bring the records that we’re into and the music that we’re playing and somehow it comes together. When we were writing songs together, it was very 50/50, but now we just switch off playing our sets.

Q: What are some songs and artists you are really into as a DJ right now?

I really like the new Chris Lake record. There’s a band called LaRoux out of London and I just did a remix for them. Hoxton Whores, which is a new UK club band. I like Fedde Le Grand’s stuff. He’s great. As far as the pop thing, I think LaRoux will do well because it’s very 80s and quirky. I love the Killers. We played Coachella and I got to see their set. He’s just a great singer and they write some amazing songs. It sounds very 80s, but it also sounds very fresh and very now.

Mould: There is a guy named Treasure Fingers from Atlanta and he had a song “Crowd the Dance Floor” about three years ago, and he’s getting more prominent as a touring DJ. I was more on an electro kick with MSTRKRFT and JUSTICE. Recently, I am more into R&B and new disco and more filtered stuff. The stuff that we play isn’t as mainstream; it’s more obscure. I’ll throw rock in, like Sonic Youth or Tinted Windows. It’s a pretty eclectic, wide mix of things that we do.

Q: What are some things you have planned for the show in Atlanta?

I’m psyched about coming to Atlanta. Last year during Bear Week, I met a lot of guys and I already have a lot of friends there. We’ve always wanted to come to Atlanta just on the social side, but it’s a great place and I have been excited about it. My friends in Atlanta are excited that we’re coming.

Q: Will you do anything special since it’s during Atlanta Bear Fest?

We get a pretty big bear contingent anyway and that was one of the reasons we picked that weekend. I think it’s going to be a really fun party and a really good time for the bear people, of which we’re a part of that group.

Mould: We’re really excited about our first show there. I spend a fair amount of time in Atlanta and Rich has a lot of friends there, so it’ll be great to be there. Plus, it’s the Fourth of July and that’s always a good time in Atlanta.

Q: When you’ve played Atlanta before, what have you liked about the city?

The people are great. I went out with a bunch of guys to the Eagle and then to Mary’s one night. The people are very friendly and I really like the city.

Q: Is there anything you want to make sure you get to do while you’re in town?

I usually am right-away going to Outwrite, have some coffee. I will go to Ansley, hit the gym, catch up with old friends, see some new faces.

Morel: The times I’ve been there, it’s been for work, so I want to see the city. I’ll be there for three days and do more tourist-y things. I’ll ask my friends for things to do and see.