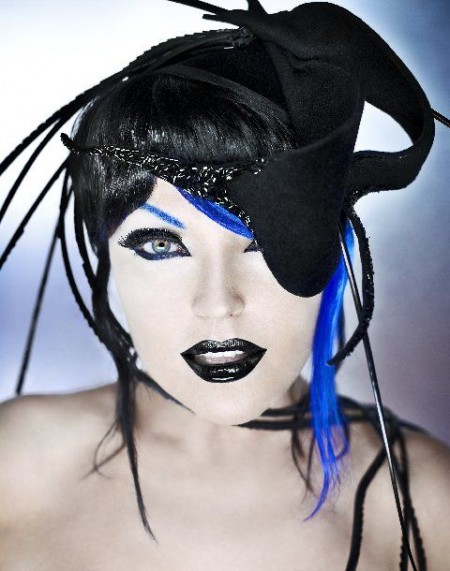 Six years since her last album was released — okay, she did have the Christmas album last year — Kristine W. follows up with the first of two releases scheduled for this year.

“The Power of Music” is a dance extravaganza that touches on various genres of music, including rock, hip-hop and gospel, but keeps the dance feel throughout most of the album. Her last four singles — “Walk Away,” “The Boss,” “Never” and “Love is the Look” — are included and look for “Be Alright” to add to her string of No. One hits. The ballads — “Strings” and “Not So Merry Go Round” — showcase her beautiful, clear and powerful vocals. (Read a review of the album.)

The singer took a few minutes to talk with Project Q Atlanta about the new album and the follow-up, “Straight Up with a Twist,” which is scheduled for release later this year.

Q: How would you describe “The Power of Music?”

It is an eclectic album. Most of the songs are inspired from stories from my fan base, things they’ve been going through, and how music helps us get through things – bad relationships, death, disappointments of all kinds and victories and finding out what is really important to you.

I’ve got a song called “Happiness” and it’s a pretty neat song. “You’re the reason I survived, you are my pride and you are my happiness, a little bit of heaven sent, oh I have been blessed, you are my happiness.” Sometimes you forget to appreciate people around you or you take them for granted. You expect them to always just be there. At some point, you’ll have that revelation of “Wow, am I happy? It’s not all the stuff I’ve bought for myself, it’s this wonderful person in my life or these wonderful people in my life.

It’s been a four-year odyssey making this. We’ve been doing the jazz album, “Straight Up with a Twist,” at the same time.

Q: Tell us more about that project.

There are a couple of songs from “Music” that are on that album in chilled, bossa nova, samba remixes. It’s going to be very fun. The two albums are going to be dance-your-face-off, chill out … it’s kind of like life. This one should be out within six months after “Power of Music” comes out.

Q: How was the creative process different when you went into the studio to record these two albums?

It was fun because it was a total, independent project from the beginning to the end. I kept creative control of everything on this album. Sometimes I lost the reigns – obviously not “Land of the Living” because we locked ourselves in a studio and stayed there forever – but with a couple of my other albums, I felt like I had creative control because I am pretty crazy about that. But sometimes you feel like you’re losing the reigns a bit. With this project, I did it myself and I chose the producers. I did everything independently. This one is really sincere.