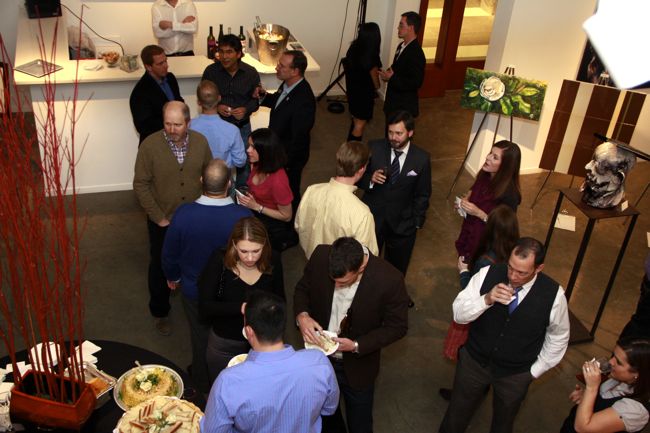 The last Positively Art benefit served as a final farewell on Thursday to nearly 20 years of fundraising by the local chapter of Cable Positive, an HIV/AIDS advocacy group of cable and telecommunications professionals.

The event was a gracious shuttering of the unique group’s fundraising efforts.

“It’s bittersweet to see Cable Positive come to an end, and we recognize that much work remains to achieve the goals of preventing the spread of HIV and finding a cure for HIV and AIDS,” Kimberly Linsley, chair of the Atlanta chapter of Cable Positive, said in a prepared statement in advance of the event.

Cable Positive has raised more than $100,000 for AIDS agencies since its inception. In 2010, the group reported $12,000 raised at a charity bowling event in May, and our shutterbugs were there when Positively Art 2010 did its part in January.