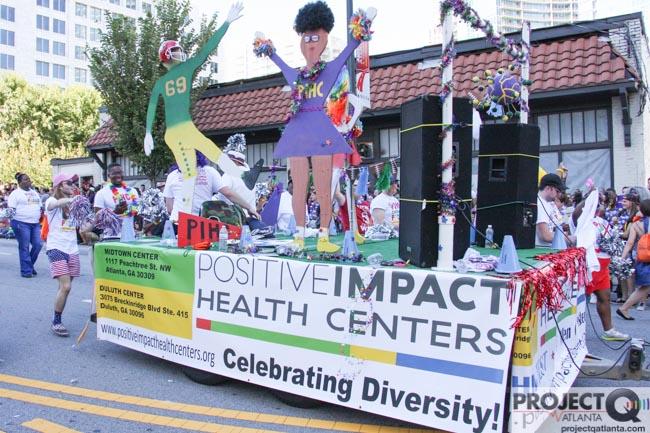 One of the largest HIV care centers in metro Atlanta is bracing for big changes – relocating facilities in Midtown and Duluth while adding community health workers thanks to a new $500,000 grant.

Positive Impact Health Centers will make the moves and expand its staff as it also studies how it provides HIV services to clients. The expanded staff and workflow initiative come as part of a three-year, $525,000 grant from the National Association of County & City Health Officials. It’s a new initiative to address significant disparities in HIV prevalence and outcomes across the South in four cities — Atlanta, Houston, Memphis and New Orleans.

Details of moving the Positive Impact facilities are still being finalized. But the Atlanta location is falling victim to the Midtown land rush and being razed for a new development, while the lease for the Duluth building is ending and that Gwinnett facility will relocate nearby.

The move for the Midtown facility is more significant.

“We are moving to downtown Decatur and we’ll be very accessible to the downtown Decatur MARTA,” said Gwen Davies, behavioral health director at Positive Impact. “We’re like a block and half from a MARTA stop. That was critical for our patients. And we also have parking.”

Positive Impact moved to its current two-story, 16,000 square foot location on West Peachtree Street in 2014 ahead of its merger with AID Gwinnett. The two organizations, renamed Positive Impact Health Centers, combined in 2015.

The NACCHO grant will fund at least two community health workers, as well as efforts to change how things happen at Positive Impact. Currently, the agency has no staff serving in this role.

Davies said she expects each Positive Impact location will get at least one full time community health worker, whose job will be to work with patients at high-risk of dropping out of care. But the agency is still assessing how many new staff members to hire, she added.

“A community health worker is someone who is kind of like a case manager, but they’re much more intensive. They have a smaller caseload and they are very hands on,” Davie said.

Positive Impact is hoping to increase the rate of clients who are virally suppressed, in part by reducing the portion of their clients that drop out of care.

In addition to adding staff, the grant is funding an assessment of how work happens and how that impacts clients. Positive Impact will use this information to improve that experience with the goal of reducing the number of people who leave HIV care. When people with HIV continue their medical care, the virus is suppressed. That, in turn, dramatically lowers the chance of the virus being transmitted to others.

A challenging or frustrating experience — long wait times, being shuffled around between rooms, or filling out endless, redundant paperwork — can reduce the likelihood someone will return for care. This puts someone at risk for dropping out of care altogether.

Now that staff person will have a dedicated room, she added.

“What we really want is to convey to the patient that you’re in good hands,” Davies said. “If that’s what you are going to try to convey to a patient, it doesn’t convey that if they have to wonder around.”

During the first year of the grant — which runs on a truncated year that began in February and is ending in August — Positive Impact partnered with Georgia Tech’s SimTigrate Design Lab to assess their “work process” and recommend improvements. The SimTigrate Lab specializes in health care experiences, and has interviewed clients and staff, as well as conducted time studies of different activities.

Some of those recommendations will get incorporated into Positive Impact’s new facilities.

“We are in the process of moving both of our locations right now. So we wanted to make sure that the improvements that we made in work process flow that would help clients were also reflected in the design of the building,” Davies said.

“On the other side [of this grant] what you really want is to get to 90 percent viral suppression. You want to make sure that people are retained in care. That’s the gold standard,” she added.

The other grantees are Avenue 360 Health & Wellness in Houston, Friends for Life Corporation in Memphis and CrescentCare in New Orleans.

The NACCHO grant comes as the Centers for Disease Control & Prevention declined to renew a grant that funded HIV prevention programs for young men of color who have sex with men, young transgender people of color, and their partners. The $3.5 million awarded for the grant to Positive Impact and AID Atlanta was shifted to two different HIV organizations. AID Atlanta sued the federal health agency in May over the funding.

Positive Impact still receives about $700,000 per year in CDC funding.