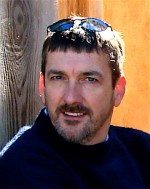 Thanks to a grant from the Elton John AIDS Foundation, Atlanta’s HIV/AIDS mental health agency now adds no-cost tests for syphilis, gonorrhea and chlamydia to its programs that already include free HIV screenings.

The STD screenings are currently only available to men, but both men and women are still welcome to receive free HIV testing at the agency. All screenings are provided at no charge on a walk-in basis.

Medical treatment for guys who test positive for any of the STDs is not offered on site, but Positive Impact has referral partners to get you with the right health care provider for you and your circumstances.

“We are now enabled to assess for potential high-risk behaviors in clients, and engage those clients simultaneously through both HIV testing and STD screening, and then make appropriate referrals into one of several of the agency’s HIV prevention programs,” Danny Sprouse, prevention director at Positive Impact (photo), says in a press release.

Last year, a study showed that more than half of U.S. counties with the highest prevalence of HIV infections are in Georgia. Fulton County tops that list. That bombshell was closely followed by news that Georgia ranks 39th in spending on public heath crises like HIV and syphilis, among other chronic diseases in the state.

“We believe that the effectiveness of the combined STD screening, HIV testing and the additional prevention programs will be increased because of this unique opportunity, thanks to the Elton John AIDS Foundation,” Sprouse adds.