Stars of the Century readies triumphant return to Mondays 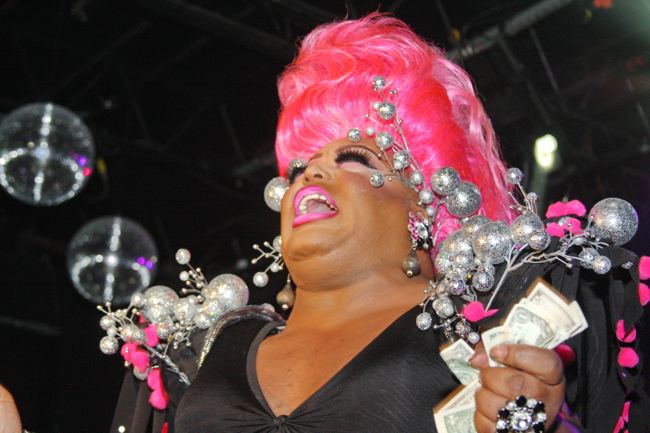 After six long months away, popular long-running drag show Stars of the Century makes its Memorial Day return at its new home, Heretic.

The show, known for its high production values and creative costuming, has wowed Atlanta audiences on Monday nights for nearly two decades, but everything came to a halt after its former home Jungle closed last November.

As the closing approached, the cast began talking about finding a new venue. The effort would have normally been led by show founder Niesha Dupree, but not this time.

“I think she wanted us to step up and show her that not everything has to fall on her,” original member Stasha Sanchez told Project Q Atlanta on the phone from Dallas, where she's judging Miss Gay USofA pageant. “I felt like I needed to take the initiative to step out and make it happen, and once I did that, everybody was just on board.”

They hit on the Heretic as a viable option early in their process, considering the club’s proximity to their former home. Sanchez reached out to management and found a partner willing to make it happen and bring the show back.

“We're so excited to host Stars of The Century 2.0! When I got the call from Stasha Sanchez, I was like hell yes! Lets do it baby!,” Heretic general manager Alan Collins wrote in a text to Project Q Atlanta. “It's been about two months I've had the pleasure to work with this amazing group planning, and let me tell you, these girls are serious and don't play!

“They've finally found a new home and are gonna let you have it at Heretic! I can't wait for the first show on Memorial Day,” Collins added.

Sanchez takes over as show director from Dupree, who won’t be at the Memorial Day show. Dupree returns to the show starting June 11. Instead of weekly as before, the show is set to run on the second and fourth Mondays of every month.

“We’re revamping, we’ve added new people onto the show, and we’re bringing some new fresh talent to the show,” Sanchez said. “Those are the things that are very important — lending a helping hand to … our youth to help them grow and help them to continue the legacy of male entertainment, female entertainment — those things are very important to us. So you need to be expecting new, fresh and amazing.”