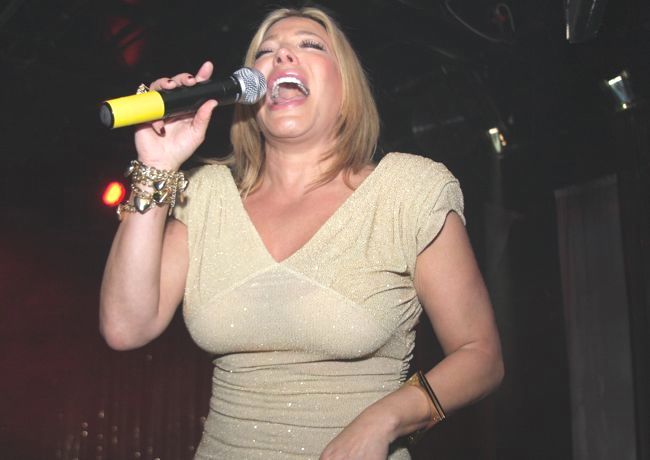 Late '80s pop singer, TV chef and “Cats” actor Taylor Dayne is headlining Atlanta Pride, hoping that gay fans will “Tell It to My Heart” like they did when she belted out an anthem for gay jocks a few years ago.

Let's hope so. Dayne's last gig in front of gay Atlanta — a late-night redux of her popular songs at Jungle in December 2010 — didn't draw the same sort of door-busting crowds that swamped her performance of “Facing a Miracle” at the Gay Games a few months earlier. (Watch that below.)

Ready or not, she's coming to do a little “Soul Dancing” on Oct. 12 as she tops the entertainer lineup.

Atlanta Pride Committee Executive Director, Buck Cooke, said of the announcement, “Taylor Dayne has one of the strongest and most recognizable voices in music and her career spans from the 80s when she was on Top 40 radio through today as a chart-topping dance artist. We are thrilled to have Taylor perform as our headliner on the Coca-Cola Stage on Saturday, October 12.”

The iconic singer-songwriter is best known for her smash #1 hits including, “Tell It To My Heart,” “Love Will Lead You Back” and “Prove Your Love.”  But the October performance is sure to support her latest album as well, including brand new single, “Floor On Fire.”

The multi-Grammy nominated mega-star boasts over 75 million albums sold over the course of her career as well as performances the world over, that included a live performance at the Gay Games VIII, Cologne, in 2010 that resulted in a 5 minute standing ovation.

Cooke added, “We are delighted to begin announcing the talent booked to perform on the Coca-Cola and Bud Light Stages during the 2013 Atlanta Pride Festival, so look for more announcements to come in the next few weeks.”

The complete 2013 entertainment line-up is scheduled to be released in September.