Ponce library to be renamed for LGBTQ trailblazer Joan Garner 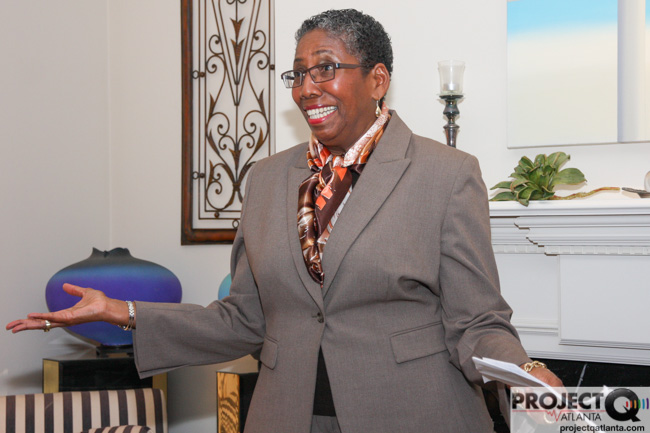 Garner (photo), who died in 2017 after a long fight with breast cancer, was the commission’s first-ever openly LGBTQ member and was heralded for her work advocating for LGBTQ rights and fighting HIV/AIDS.

Charles Stephens, who coordinated the renaming, said he was “thrilled” with the commission’s vote on Wednesday.

“As an Atlanta native, as someone who loves libraries, and as someone who has dedicated my life to black LGBTQ advocacy, I could not be more proud of Fulton County,” Stephens said in a press release. “Joan Garner inspired so many of us. This library will be a fitting tribute to her legacy.

Stephens is the founder and executive director of the Counter Narrative Project.

Over 400 people signed a petition in support of the renaming, according to the commission meeting agenda. The Ponce library’s board of trustees also supported the move.

State Rep. Park Cannon, one of the five openly LGBTQ members of the legislature, signed the petition. She noted that Garner created the Fulton County Task Force on HIV/AIDS.

“The work of Commissioner Garner on the Fulton County HIV Task Force elevated our region’s need for federal, local and state coordination on HIV,” Cannon said during Wednesday’s commission meeting. “I cannot think of a more fitting way for generations to come than for them to be learning the library was named after one of these pioneers.”

Jeff Graham, executive director of Georgia Equality, wrote a letter in favor of the renaming in June.

“Such an honor would not only be a public reminder of her service to the people of Fulton County during her tenure as commissioner and member of the Library Board of Trustees, it would be a significant recognition of her role in advancing LGBT inclusion and acceptance,” he wrote.

Graham added that he believed it would be the first public building in Fulton named after an LGBTQ person.

Andrea Young, executive director of the ACLU of Georgia, also wrote a letter in support of the renaming.

The library’s new name will be the Joan P. Garner Library at Ponce de Leon. The library is about to close for renovations and the renaming will occur when it reopens, according to Fulton County spokesperson Jessica Corbitt-Dominguez.

The Fulton Commission named a conference room at the county’s health building after Garner as she battled cancer in April 2017. She died several days after the honor.

Garner was remembered in December with a mural at the Metropolitan, a condo building on Marietta Street in downtown Atlanta.

UPDATE | The renovation of the Ponce library will take six to nine months once it closes, according to Fulton County Library System spokesperson Claudia Strange. A closing date has not been set.