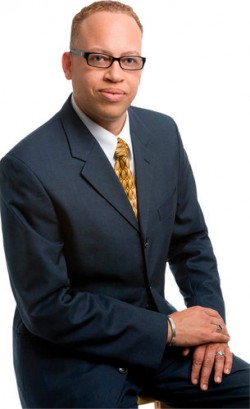 An unarmed married Atlanta CEO was shot and killed in a New Jersey park known for gay cruising after an officer says he struggled with the man and feared for his life.

The 48-year-old Gaymon is the president and CEO of Credit Union of Atlanta. He lived with his wife and four children in Suwanee, a suburb north of Atlanta.

The account from prosecutors about what took place on Friday is chilling:

“The plainclothes officer was bending down to retrieve his handcuffs,” Mr. Laurino said, “when he was approached by Mr. Gaymon, who was engaged in a sexual act at the time.” Words were exchanged that the prosecutor said “would lead one to believe that” Mr. Gaymon was propositioning the officer.

“Mr. Gaymon reached into his pocket and lunged at the officer in an attempt to disarm the officer,” Mr. Laurino said. The officer, “fearing for his life,” the prosecutor said, shot Mr. Gaymon once, and he died at the hospital three hours later.

Gaymon’s family has criticized the explanation by prosecutors of what took place. They called for a federal investigation into the shooting, which is the fifth police-involved shooting in Essex County in a month.

“Essex County has wrongfully taken Dean Gaymon’s life and with him not being here to present his side of the story, they are now attempting to defame him in death and to kill his name and reputation in addition to his body. Our family will not stand by and allow this to occur,” his family said in a statement.