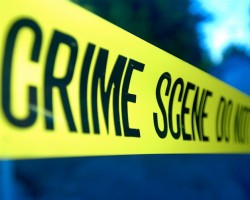 A 30-year-old man confessed to beating a law enforcement officer who was later found in Midtown with his SUV parked at the Eagle, according to the Atlanta Police Department.

Gregory Johnson, 30, was arrested Wednesday evening and charged with robbery and aggravated battery. Atlanta police investigators “were able to obtain a confession late Wednesday” from Johnson about assaulting George Walker, 31, and then taking his cell phone and cash, police said.

The two men had met prior to the attack, and the assault was not a random act, according to a statement from Carlos Campos, public affairs manager for the police department.

“The crime does not appear to be a random act,” Campos says in an email. “The two had met at some point prior to the assault, Johnson told investigators.”

But police won’t say how Johnson and Walker met. Walker, an eight-year veteran of the State Board of Pardons & Paroles where he was a hearing officer and certified law enforcement officer, remains in a coma at Grady Memorial Hospital.

Walker was found about 6 a.m. Saturday in or near Central Park in Midtown, a few blocks south of the Eagle, a Ponce de Leon Avenue gay bar where investigators found his parked black SUV. Staff at the Eagle say Walker parked the vehicle there sometime Friday but could find no record of Walker being inside the bar. Investigators identified Walker’s vehicle on Tuesday, and police removed it from the parking lot about 11 p.m. that day.

Walker was not in Midtown on work-related matters, according to Steve Hayes, the public affairs director for the board.

Police cautioned LGBT residents on Wednesday to be patient as the investigation continues.

“I hope that nobody jumps to conclusions. I don’t want anyone to panic and think this is a hate crime or an attack on someone in the gay community. We just don’t know that right now,” Campos says.

Police notified the department’s LGBT liaison, Officer Patricia Powell, about the beating, but are not classifying the incident as a bias crime, Campos says. The agency has been criticized for not quickly informing Powell about cases involving LGBT people.

“Officer Powell has been notified and is aware of the situation,” Campos says. “At this point, we have no evidence to support classification as a bias crime. We simply at this point don’t know what transpired. An interview with the victim could certainly help us clarify that.”