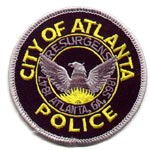 The Atlanta Police Department, after repeated requests from media outlets throughout the day Friday for details about a raid at the Atlanta Eagle, released a terse statement saying officers observed “criminal behavior” at the popular gay club.

In an effort to ensure compliance with the law, the Police Department investigated the complaints and during the investigation police observed criminal behavior taking place at the Club on September 10, 2009. While the Police were conducting a compliance check it lead to the arrests of eight employees. The Department views all complaints of criminal conduct as serious and will utilize resources to investigate and deter criminal activity in order to create a safe environment.

While there have been allegations of improper behavior by police officers conducting the investigation, there have not been any official complaints filed with the Atlanta Police Department.”

Eight people were arrested during the raid late Thursday and jailed overnight on a charge of violating a city ordinance. Several were still jailed late Friday until two Atlanta City Council candidates, Miguel Gallegos and Shelitha Robertson, intervened, contacting a judge who then set bail, according to the Atlanta Journal-Constitution.

Earlier Friday, Alan Begner, an attorney for the Eagle, expressed concern that the men would remain jailed for a second night before a hearing Sunday morning.

About 11:30 p.m. Thursday, up to 15 officers from the Atlanta Police Department’s vice and narcotics squads raided the bar after undercover officers spent time inside based on complaints lodged with them a few weeks earlier. Police handcuffed everyone inside the bar as they checked identification and made arrests.

Patrons have told media outlets, including Project Q Atlanta, that police acted inappropriately, yelling profanity at people inside the bar, forcing them to lay face down on the floor while handcuffed for more than an hour, joking during arrests and repeatedly asking patrons if they were married or in the military. Patrons also allege that officers made anti-gay and racist remarks during the incident.